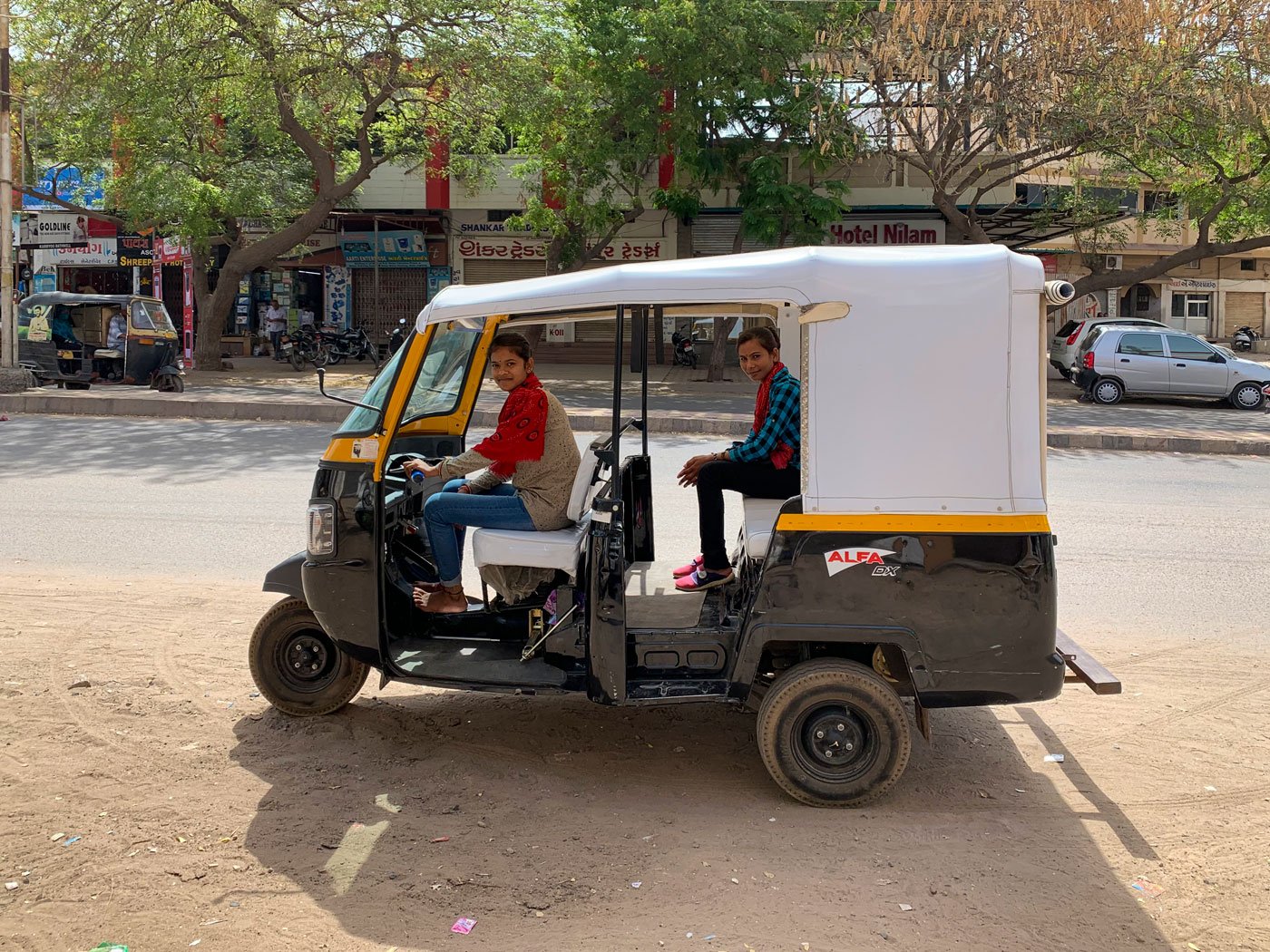 Pushing the pedal on girl power

In Bhuj, Chandni Parmar and Asha Vaghela, two young women who took up autorickshaw driving as a profession and paved the way for others like them, salute the spirit of International Women’s Day

“Women even fly airplanes, then what’s so difficult about driving an autorickshaw?” asks Chandni Parmar. At just 20, she became the first woman autorickshaw driver in Bhuj city, in late 2018. A close second was Asha Vaghela, a year older, who happens to be Chandni’s maasi – that is, her mother’s youngest sister.

The vehicle they ply, popularly called chakado or chakada, is a large three-wheeler in which up to 10 people can comfortably sit. It is a common mode of transport for people travelling to and from villages up to 25 kilometres from Bhuj, the headquarters of Kachchh district in Gujarat. Since it runs without a taxi-metre, the fare is charged according to a rough, unwritten rate card. “We take Rs. 20-30 for short distances, more for longer rides,” says Asha. “It can even go up to Rs. 300 if we drive very far.”

At first, their families – especially Asha’s parents – were reluctant to let their daughters do what no woman in their family, or even in all Bhuj, had ever done before. In Chandni’s case, the economic needs of a large, growing family helped make her parents more willing to let her learn to drive the three-wheeler.

The oldest child in a family of four sisters, two brothers and their parents, Chandni drove me on a Sunday evening to her home in Bhuteshwar Nagar, a semi-rural colony beyond Bhuj railway station. The dirt path from the main road to her home is an uneven, bumpy ride. “No autowala will come here, except me,” she says, “so I get many customers going into town from around my home.” 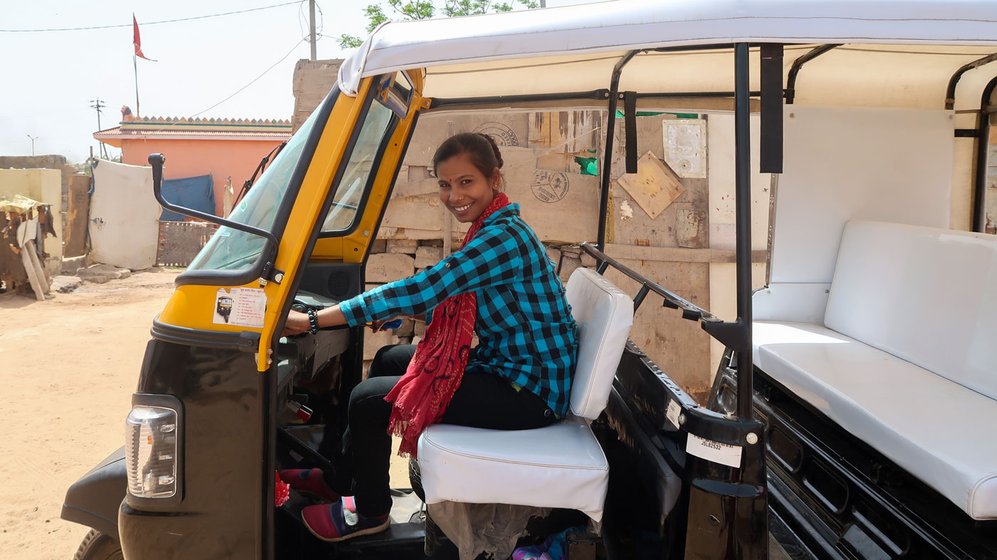 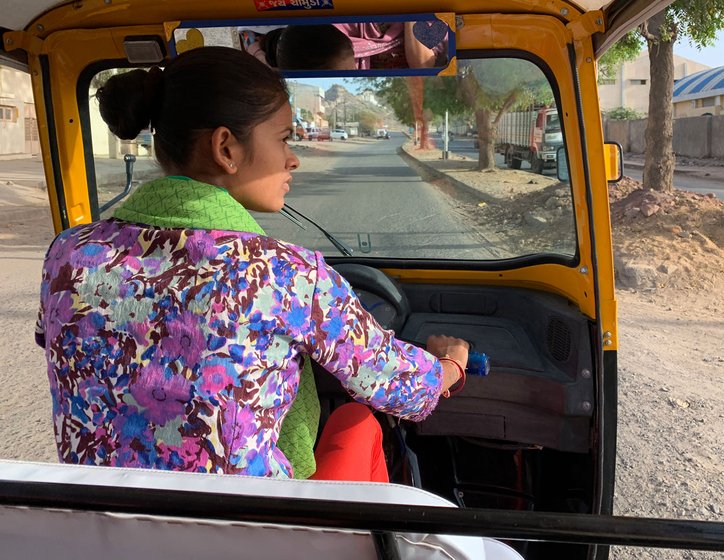 Asha Vaghela (left) followed her niece Chandni Parmar (right) in ferrying passengers in their three-wheelers, called chakadas , in Bhuj. There were no women driving chakadas in the city before they hit the roads

Her father, Bharat Parmar, is a contract labourer who builds and dismantles bamboo and cloth pandals for weddings and other functions. “Both of us are unpadh [illiterate]. But we want all our children to study. Now all eight of us are out all day – either at school or at work!” says Chandni’s mother Babi Parmar, with a smile. She works in a hotel kitchen, rolling out nearly a hundred chapatis daily.

All of Chandni’s siblings are studying. Her brother Rahul is in Class 8 and Bhavik in Class 7. One sister, Gita, has completed Class 12 and is doing a course in computer science at the government-run Industrial Training Institute in Bhuj. Another, Daksha, is in Class 9 and Rita, her youngest sister, is in Class 3. “Sometimes when my parents are at work, I take all of them [siblings] out for a ride in my chakada ,” says Chandni, cheerfully.

“I was not very interested in studying after Class 8, like Asha, and we stopped going to school,” she tells me. The young aunt and niece are more like cousins to each other. After dropping out of school, Asha spent more time helping her mother in household chores at their home in Ramdev Nagar, a semi-rural colony on Gomati Road in Bhuj.

But Chandni worked for four years, as a packer in a factory that made electric bulbs. She earned about Rs. 6,000 to Rs. 7,000 every month as a casual labourer, depending on the number of days she worked. It was a temporary job that ended when the unit was shut down. After that she was unemployed for a couple of years, until the opportunity to learn driving came up – when social workers from an organisation promoting economic independence among women in Kachchh visited their area.

Watch video: 'What's so difficult about driving a chakada? '

The women’s group checked out what avenues of employment Chandni and Asha were willing to explore besides the traditional crafts of embroidery, tailoring or making dry eatables like papad and khakra . The girls ruled out painting, photography and videography due to a lack of interest or talent. Driving an autorickshaw seemed a viable option, given the prospect of immediate and easy availability of work.

Non-governmental organisations based in Bhuj and Ahmedabad funded their training and advanced them loans to buy vehicles. Chandni and Asha learned to drive the standard autorickshaw and the larger chakada in three weeks. By the end of 2018, both the young women bought themselves chakadas – each with an interest-free loan of Rs. 230,000. They have been repaying their loans in monthly instalments of Rs. 6,500 since February 2019. Full repayment will take them about three years.

They start work at 8 a.m. every day and return to their homes by 7.30 p.m. For Chandni, the vardi – fixed rides – bring an assured income. For a few months, she was driving a professor to Kachchh University every weekday. She would also drop her home in the evening. When we met her in November 2019, Chandni’s only vardi was to ferry a visually impaired woman to her workplace and bring her back home. The income from this ranges from Rs. 1,500 to Rs. 3,000 per month for each vardi . 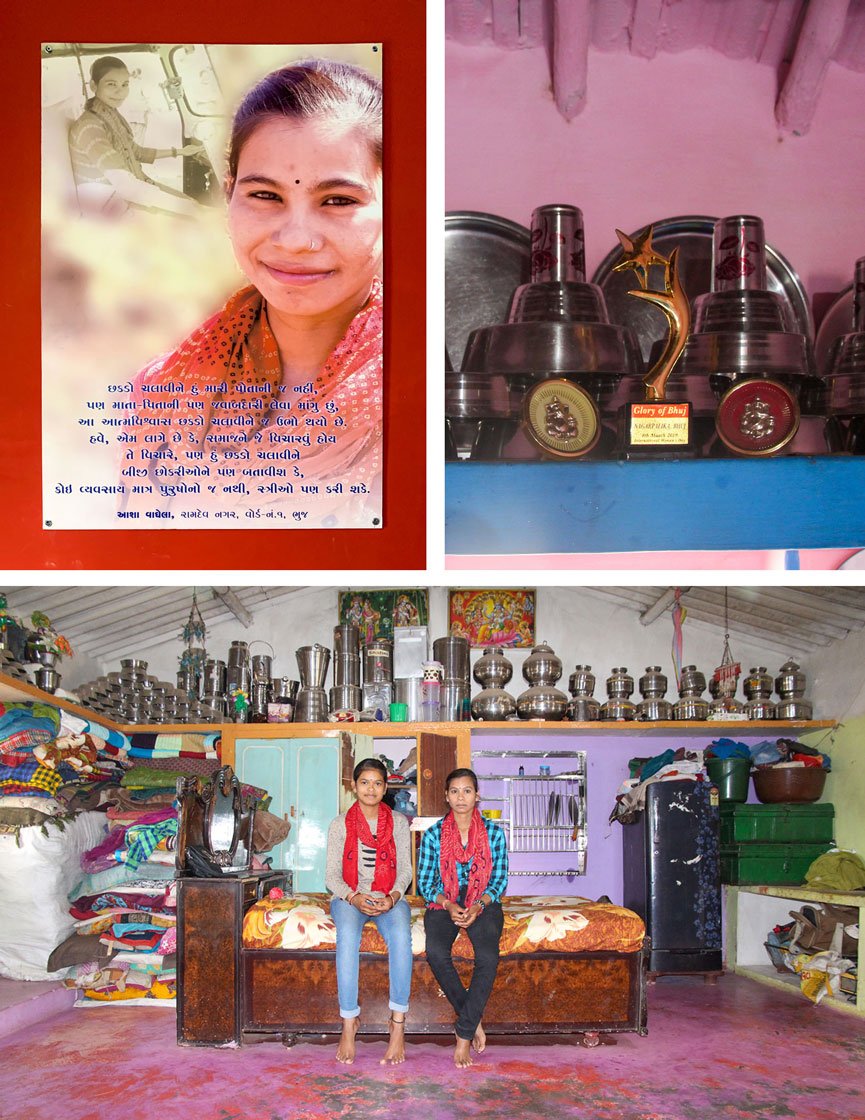 Top left: Asha features in a poster of a women's group. "P eople of the samaj can question me as much as they want. By driving the chakada I can tell the other girls that no profession is meant only for men, women can do it too." Top right: The 'Glory of Bhuj' trophy awarded to Chandni by Bhuj Municipality on International Women's Day in 2019. Bottom: Chandni and Asha (right) at Asha’s home

During the rest of the day, her chakada is free for hire. So is Asha’s vehicle for the entire day. The Swaminarayan Temple in Bhuj is a popular place and they park there to get customers, ferrying them to the railway station, or to their homes elsewhere in Bhuj or on the rural outskirts. Each of them makes around Rs. 600 a day on average. Of this, about Rs. 200 goes in buying fuel, and the rest is spent on paying off their loan instalments, and on personal and household expenses.

There are women autorickshaw drivers in cities such as Mumbai, Thane, Pune, Kolkata and Indore, to name a few. But in Bhuj, headquarters of India’s largest district, Kachchh, there were no women driving chakadas before Chandni and Asha hit the roads.

The challenge lay not in handling the vehicle, which was easy, but in becoming chakada drivers despite the remarks and judgements from samajwalas – people from their community. “How can a woman drive a chakada ? Isn’t it men’s work? Don’t they have any shame?’ These were the questions neighbours would ask,” says Chandni. “Some would carry tales of seeing us with this fellow or that fellow – when the men they were talking about were actually passengers who had hired a ride on the chakada !” Asha says with some anger. 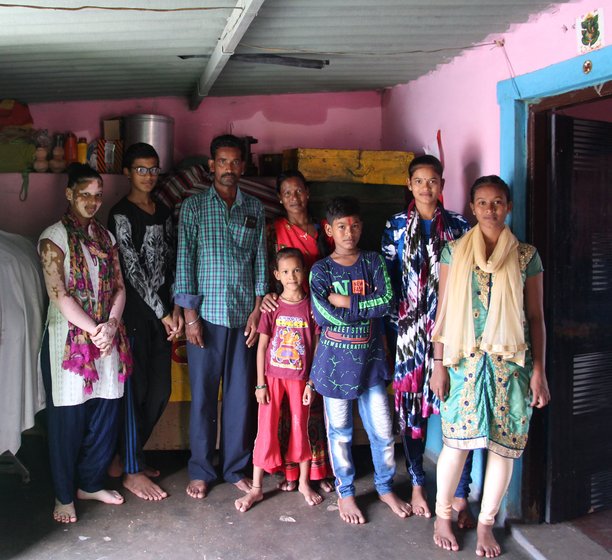 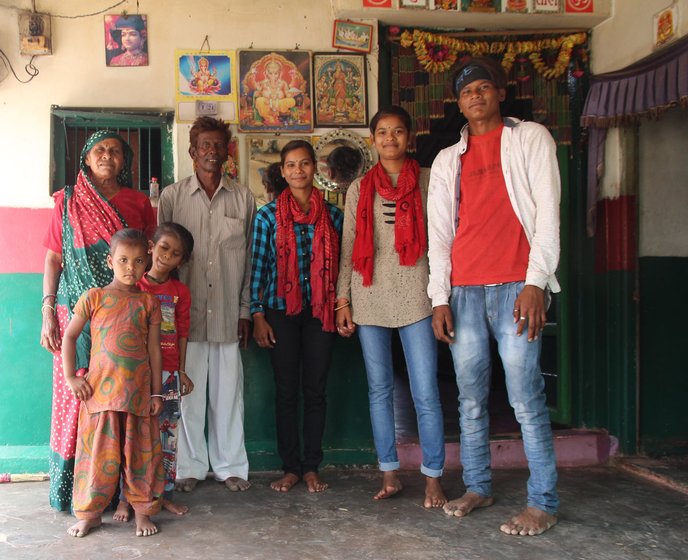 Left: Chandni with her parents and siblings at their home. She is the oldest of four sisters and two brothers. Right: Chandni and Asha with Asha's parents, brother, niece and a neighbour, at Asha's home

“At first we were afraid to even step out of the home alone and I don’t know where we found the courage to do this,” says Chandni. Asha believes: “It was because our families stood with us. We got strength from them and ignored the nasty things that others said about us.”

Work and independent incomes brought them more freedom. Simple things like being able to wear jeans and a t-shirt no longer needed parental permission. Chandni’s father told her, “Enjoy your new career, there is no hurry to get married." "I want to tell all parents not to keep their daughters confined to the house,” she says. “The world is big, and it is important to get out there.”

“Some people think that girls are weak,” says Asha. “But we are not weak, we are strong! We can do everything.” Being chakada drivers and earning for themselves has instilled a sense of independence in them, says Chandni.

“I feel very good when customers appreciate that I drive a chakada,” she says. “But the real joy is when girls on the street show us a thumbs-up or a victory sign and shout ‘girl power, best of luck,’ when I drive past them.”

The author would like to thank the teams at Kutch Mahila Vikas Sangathan and Sakhi Sangini in Bhuj for their assistance.