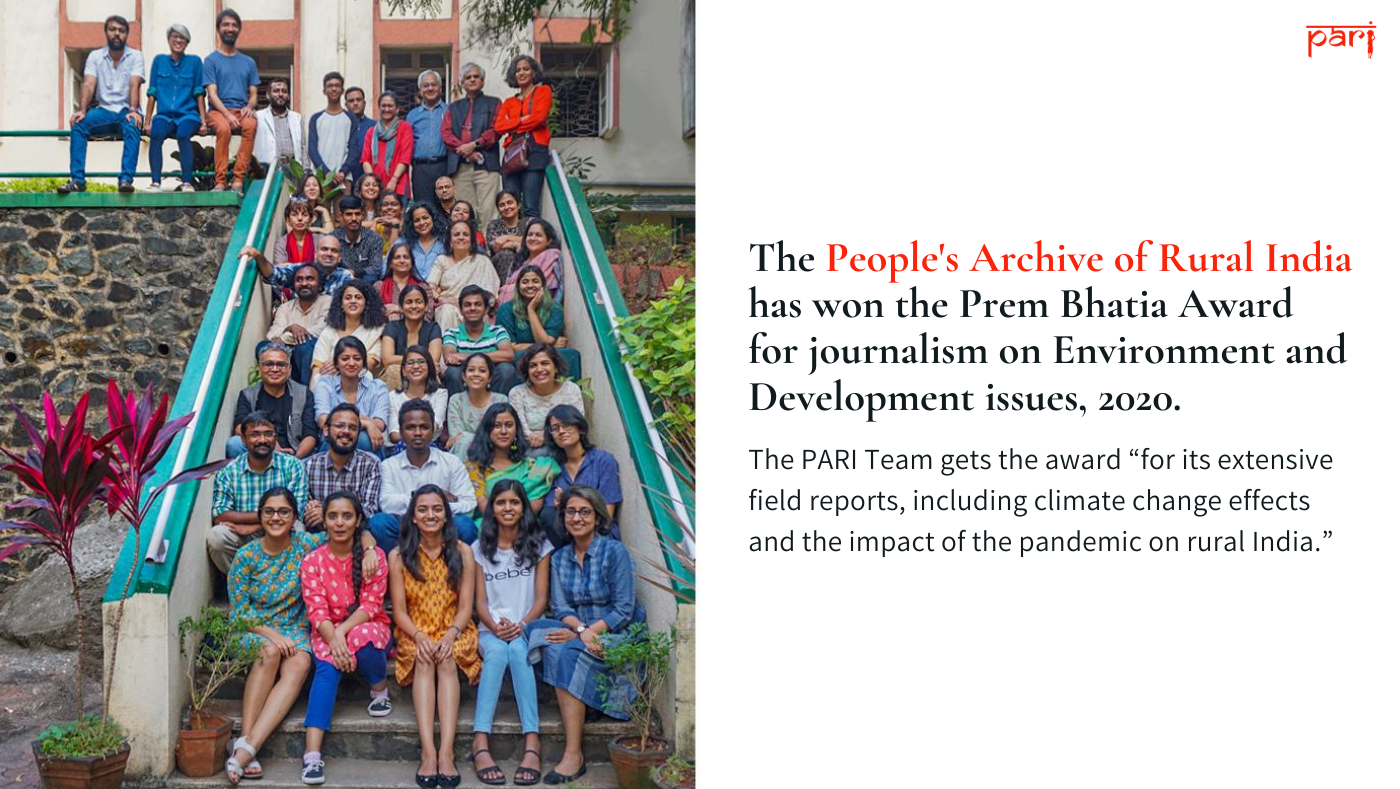 It's been given to “PARI collectively for its army of field reporters, volunteers and its dedicated team…”

The People’s Archive of Rural India has won the Prem Bhatia Award for outstanding journalism, 2020. The award, the Prem Bhatia Memorial Trust notes, recognises PARI’s “extensive field reports, including climate change effects and the impact of the pandemic on rural India” and is being given to “PARI collectively for its army of field reporters, volunteers and its dedicated team…”

PARI’s landmark and ongoing climate change series , contains, so far, stories from multiple regions across 11 states, told in the voices of people and communities – of climate change as it unfolds and is observed and experienced, in big and imperceptible ways, every day by everyday people.

PARI’s unparalleled coverage of the pandemic and the lockdown includes (so far) more than 100 stories and vital documents from over 30 regions across 20 states and union territories. They're about migrant labourers, of course, but also recognise and cover the impact of the lockdown on the many delicately interwoven economies of rural India – of farmers, boatmen, labourers urban and rural, sugarcane-cutters, weavers, toy-makers, other artisans and craftspeople, sanitation workers, displaced labourers, cancer patients from rural areas waiting on the footpaths outside Mumbai's major hospitals, nomadic pastoralists, daily wagers, folk artists, fisherfolk, barbers, brick kiln workers, harmonium repairers, and Dalits and Adivasis in various occupations...

The Prem Bhatia awards were instituted in 1995 in memory of eminent journalist Prem Bhatia (1911-1995), to propagate the values that he stood for: objective reporting, fearless pursuit of the truth and a commitment to improving the standards of journalism in India.

The award this year for reporting on political issues was given to Dipankar Ghose of the Indian Express. Our congratulations to him.

This is the 24th award won by PARI since we launched in December 2014. The full list so far: