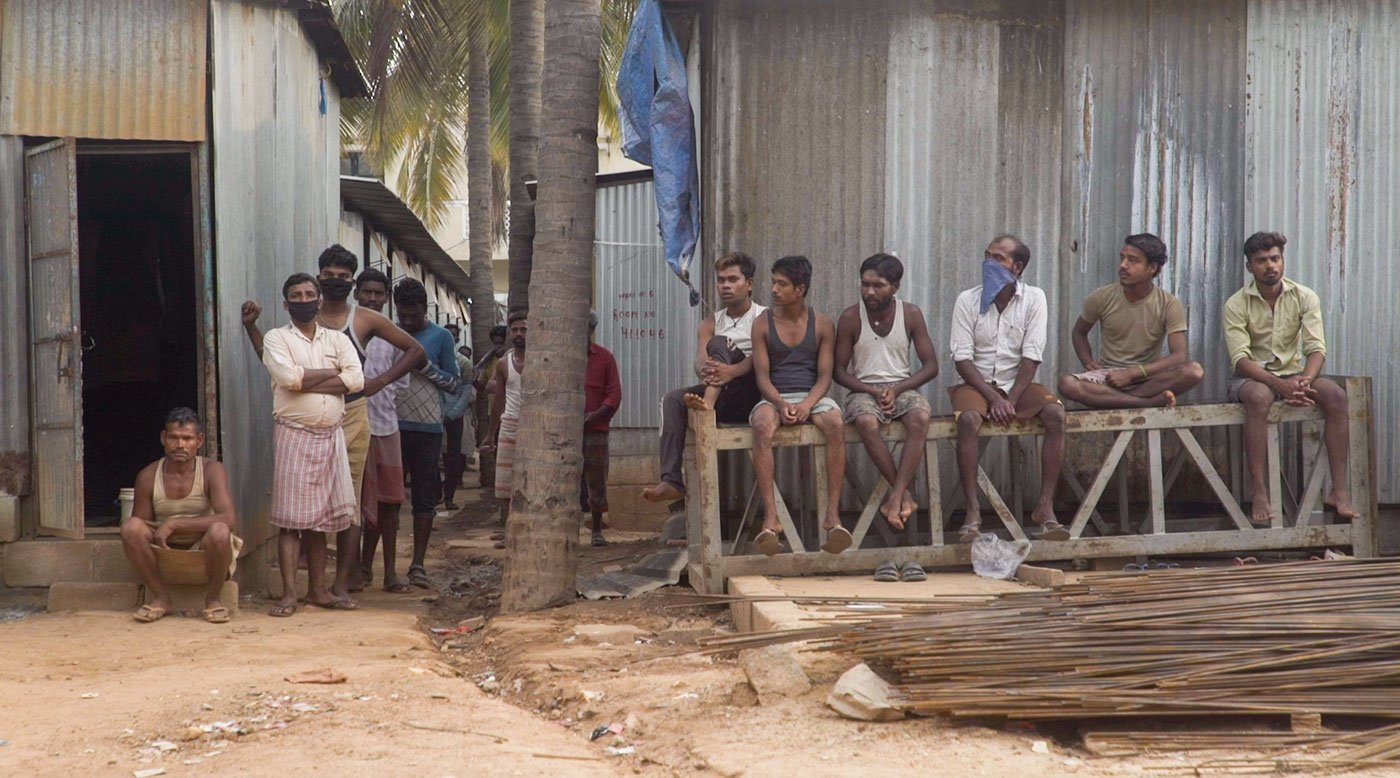 Locked-down on Labour Day: no work, no pay

It’s Labour Day, May 1, but these workers on the Bengaluru Metro project – ironically called Namma Metro (our metro) – have not received their wages since March and live in fear. Saboot/ Evidence , a 13-minute documentary (being released today), follows the journey of the city’s metro workers during the lockdown. More broadly, it seeks to highlight the living and working conditions of migrant labourers.

“I am afraid. If we die at home, there is no issue. If we die here, no one will take care of us,” says one of the labourers. It’s been seven months since he left his village. The lockdown continues to add to his waiting as he longs to see his family. Many of his co-workers feel the same way. All living in homes made of tin sheets – sharing rooms with 10-15 others, even as they try to practice social distancing.

It’s not just the pandemic that has crawled into their lives. The lack of regulatory support by their employers, exploitation by contractors, and the sheer negligence of the authorities has left the workers nowhere.

The construction of the yellow line of the Metro Rail (by the Bangalore Metro Rail Corporation Limited) was stalled overnight when the lockdown was declared on March 24 in Karnataka.

Workers, under contract, were asked to leave the construction site without any prior notice. With the lockdown, they have had no means to return to their village. “It has been 15 days now our employer has not even come to check on us even once.” says a worker.

Following the order of the Ministry of Home Affairs on April 29, to allow stranded migrants to travel home, the Karnataka government announced on April 30 that it will make arrangements. But no one has contacted the metro workers yet.

The film is narrated by the workers. They cover their faces with masks to protect themselves from the coronavirus. But what about the social, economic and individual crisis? The documentary asks: who will protect them from that crisis, and how?

Written and directed by Yashaswini and Ekta
Featuring: The workers of Bengaluru Metro
Cinematography & Editing: Yashaswini

Yashaswini is a 2017 PARI fellow and a filmmaker, who recently completed an artist-in-residence term at the Rijksakademie van Beeldende Kunsten, Amsterdam. Ekta is a filmmaker and co-founder of Maraa, a media and arts collective in Bengaluru.

Other stories by Yashashwini & Ekta