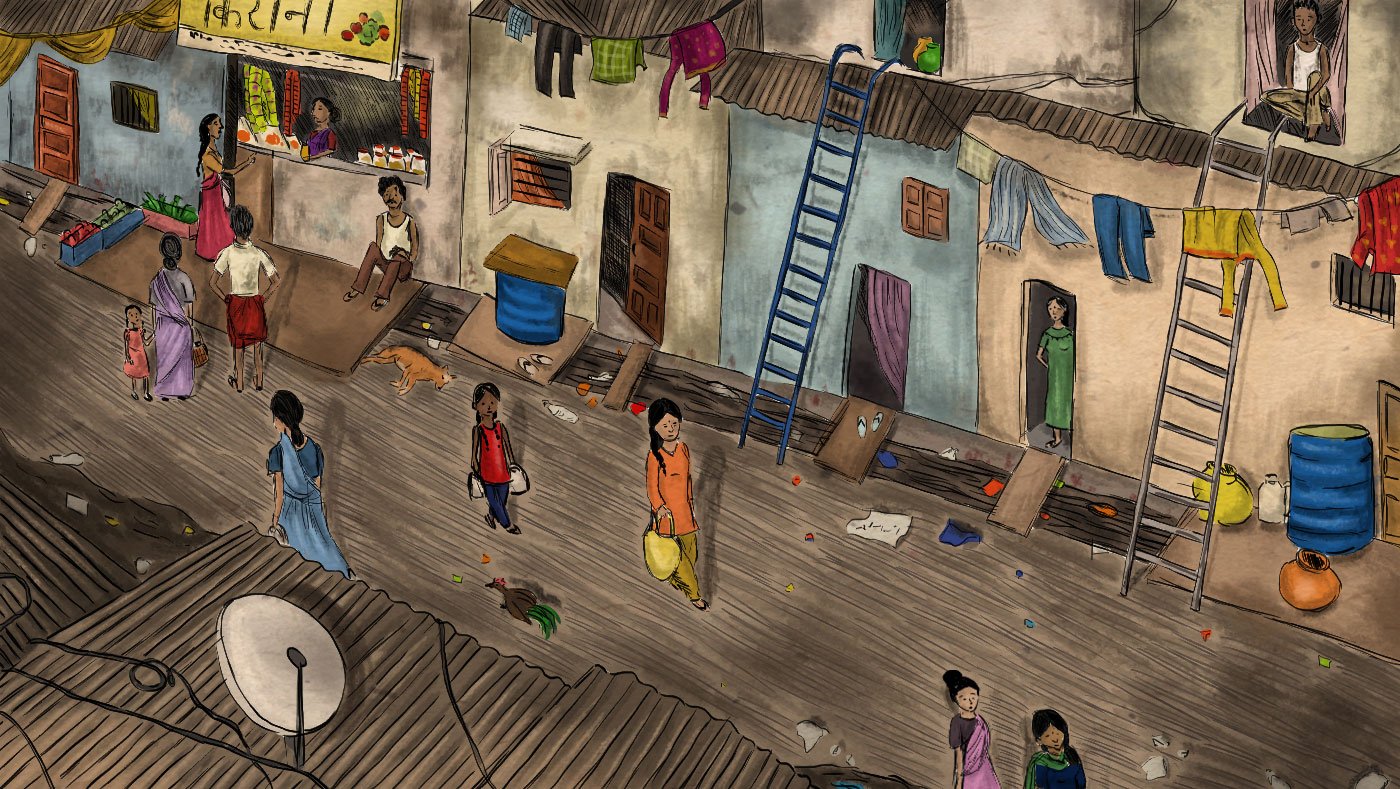 So who is that migrant – the person the media discovered on March 25? An agonisingly perceptive look at that question through the prism of a childhood and lived experience in Mumbai

In the slums of Mumbai where I grew up, the grocery store in our neighbourhood would fill up every evening, around 6 p.m. The year was 2000. Small buyers crowded the big shop – for a quarter kilo rice, red chilli powder and salt for one rupee, cooking oil worth a rupee or two, black mustard seeds and turmeric powder for 25-50 paisa , one or two onions, a quarter kilo each of tur dal and wheat flour, and some kerosene for the stove.

People would buy little-little every day, out of their daily wages of around Rs. 150. In those days 25 and 50 paise coins were still in circulation. The cheapest rice at the grocery store cost Rs. 20 a kilogram, tur da l Rs. 24. Most buyers picked up just half or quarter kilos of both. I don’t know why, but at our ration shop we could only get sugar, palm oil and kerosene. The rest we bought at that private kirana store.

Exhausted by then from working without a break since 8 in the morning, customers would buy provisions worth Rs 70-80 to meet the hunger of 3-4 people for the day. After calculating the monthly house rent, electricity bill and water charges at the end of the month, they would send their remaining earnings – rarely more than Rs. 2,000 – to their families in the village, by post, or along with someone travelling there.

Earn every day, spend every day – that was their life. Our home too would run on daily earnings – from selling green chillis and lemons. My mother used to send me every evening to buy chilli powder, salt and rice in small quantities. I would keep on staring at the old grandma in the shop until she would turn to nine-year-old me and ask, “What do you want?”

Many faces at the ration store became familiar to me. So we would just look and smile at each other. Several of them would not speak Marathi, the only language I knew. They spoke in Hindi, like in the movies. I had no idea at all that they were from other states and not from Maharashtra.

We lived in a 10x10 foot kholi (single room home). Even more such tiny dwellings exist today in this city, clinging to each other in narrow tube-like lanes. In some of these rooms 10-12 people stay together on rent, sometimes, all men. In some others, there are whole families living together in that small space. 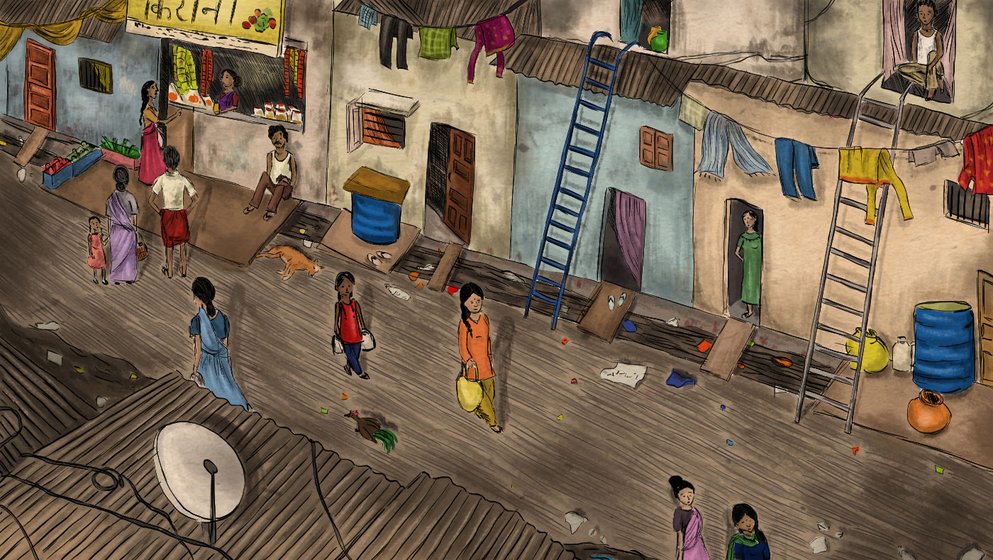 “ Bhabhi , had khana ? ” they would enquire of my mother while passing by our home. Occasionally, they would ask me, “Done with the homework?” Sometimes, on their days off, they would sit in the doorway and just chat. “What to say now, bhabhi ? Not enough produce in the farm, no water even to drink, no job in the village. So, I came to Bambai with my friends. Now, I need to give my children a good future.”

From watching Hindi films we were able to understand what they were saying. Then my mother would reply in her broken Hindi. But the conversations, enquiring with and about each other would never stop. Their children would study with us in Marathi-medium schools. We would play together and learn to understand each other’s language.

But after a year they would be gone.

All these neighbours of ours were workers, families of labourers. Skyscrapers, attractive buildings, flyovers, roads, products manufactured in various factories, everything was and is a result of their unending hard work. This country’s economy is largely built on their strength. They would migrate constantly. Today to one place, tomorrow to another. It may be to Mumbai or any other city – they never have stability.

Everything is temporary. From staying to eating.

From a few rupees two decades ago, their daily spending now runs to hundreds of rupees. For me, this period of the corona pandemic and lockdown in 2020 seems still stuck in that year of 2000.

The face of the labourer in my neighbourhood has changed, but his grief has not. It is still the same as it was 20 years ago. He has left from here today, but not as he used to before, in search of work. He has taken the road back to his village, the path that is full of risk, of helplessness, with no options left to him.

The government, the administration, the system and the people who run it from within the four walls of their offices, have no clue – not an inkling – of what the unbearable fatigue from walking hundreds of kilometres on an empty stomach does to that human being. Even the road or stone surface they might rest or sleep on, feel like a soft mattress under those tired, exhausted bodies. And then, their onward journeys too, often stop, ground under that same hard surface. The one who literally gets crushed between the brutal system and its baffling decisions – that’s who the ‘migrant labourer’ is.