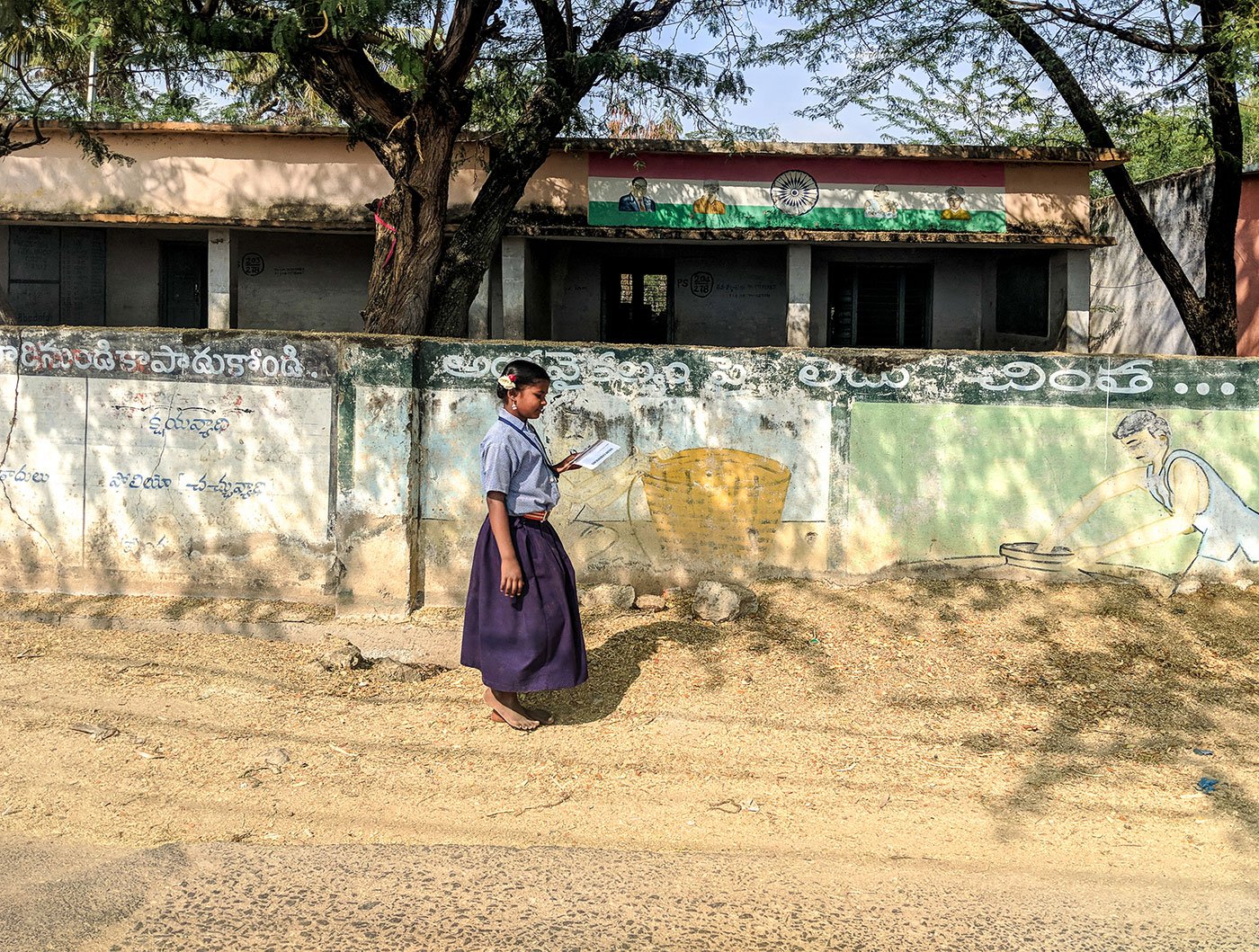 PARI’s story on how Aadhaar glitches disrupted the lives of young Dalit and Muslim schoolkids in Anantapur, Andhra Pradesh, has had a welcome initial fallout

The four young schoolchildren sat, somewhat anxiously, in the place they had been told to go to by their headmaster. Their scholarships were at stake – and not because of their performance or lack of it. The headmaster had sent the kids there to help them, not to punish them. And this was not a classroom in their school. A little drama was entering Act II in Amadagur, one of the poorest mandals in Andhra Pradesh’s Anantapur district.

On January 16, PARI published a story about J. Indu , a 10-year-old Dalit girl, and four other students in the fifth standard of the government primary school at Amadagur. All five were likely to miss getting their scholarships this year because their names are wrongly spelt on their Aadhaar cards. Indu’s name appeared as ‘Hindu’ on her card and remained that way even on a new ‘corrected’ version that her family applied for. 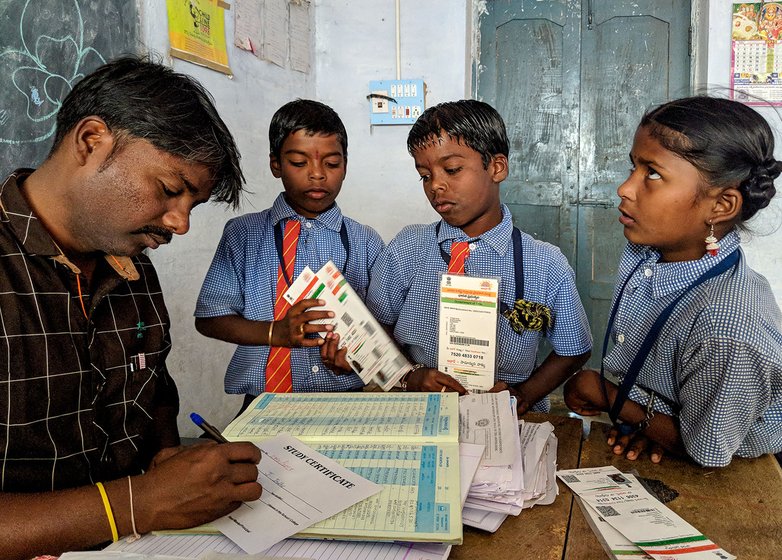 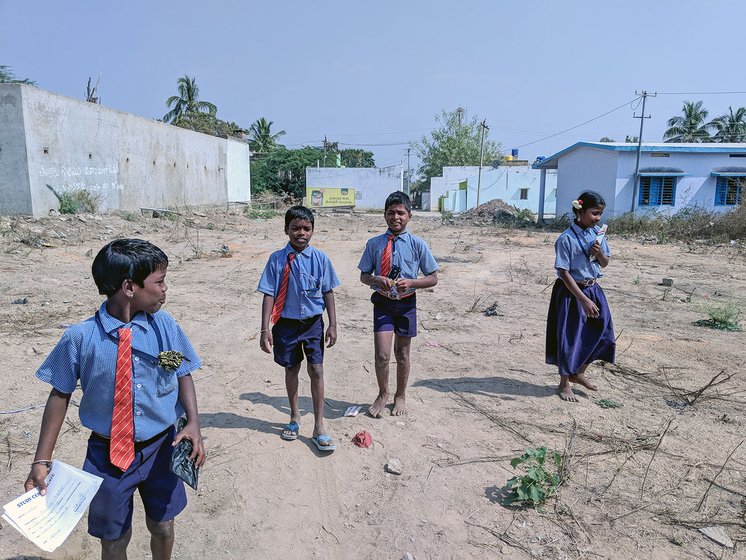 Headmaster S. Roshiah issued corrected certificates to the kids; armed with these, they went off to the local 'At your service' centre

This was preventing Indu’s school from opening a bank account on her behalf – an Aadhaar card with her correct and matching name is mandatory for that purpose. The four other students, all boys (three of them Dalit, one a Muslim), faced the same predicament. Students of scheduled caste, scheduled tribe and backward class backgrounds in Andhra Pradesh are entitled to a government scholarship of Rs. 1,200 per annum from the fifth standard onwards.

A day after the story appeared on PARI, an official from the regional office of the UIDAI (Unique Identification Authority of India) in Hyderabad called K. Nagendra, the Aadhaar operator at Amadagur.  Nagendra contacted the school headmaster  S. Roshiah (also a Dalit) and said they wanted to correct the Aadhaar cards within an hour if possible. Roshiah told him school was closed because the children were on their Pongal holidays. He assured Nagendra that he would send the kids to his Mee seva kendra (‘At your service’ centre) after the holidays. 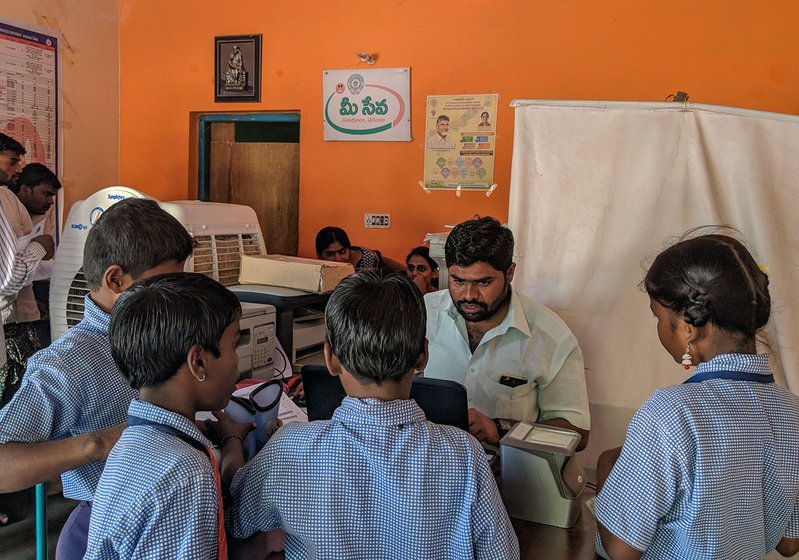 When the school reopened on January 22, the five children without bank accounts were summoned by Roshiah. One of them, B. Aniff  (whose Aadhaar card, even after corrections,  spelt it as Anife and Anef) , said his family had applied for corrections again just before the holidays. Roshiah took the remaining four, including Indu, to the room where the school’s documents are kept, referred to the attendance register, and wrote the correct details of the students on new school certificates. Nagendra would upload these certificates to Aadhaar servers for corrections from his Mee seva kendra .

Then on a sunny morning on January 23, the four children set out for the Mee seva centre in Amadagur. There, they sat and waited while Nagendra opened a website to rectify each of their names and dates of birth. Due to a glitch in the system, the date of birth of many children was reset to January 1 when they updated their biometrics.

"Do you all know your parents’ mobile numbers?" the operator asked the children. "That's for the OTP [one time password] if you need to print the Aadhaar card again." Indu had her uncle's mobile number and she gave it to the operator, while  two others, twin brothers , managed to find the numbers of their parents.  The fourth student had forgotten to bring a copy of his Aadhaar card that day, so his card correction process is pending. 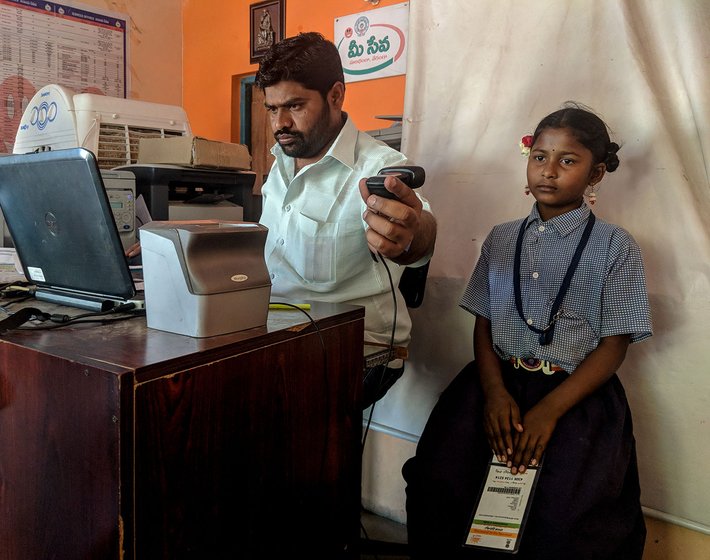 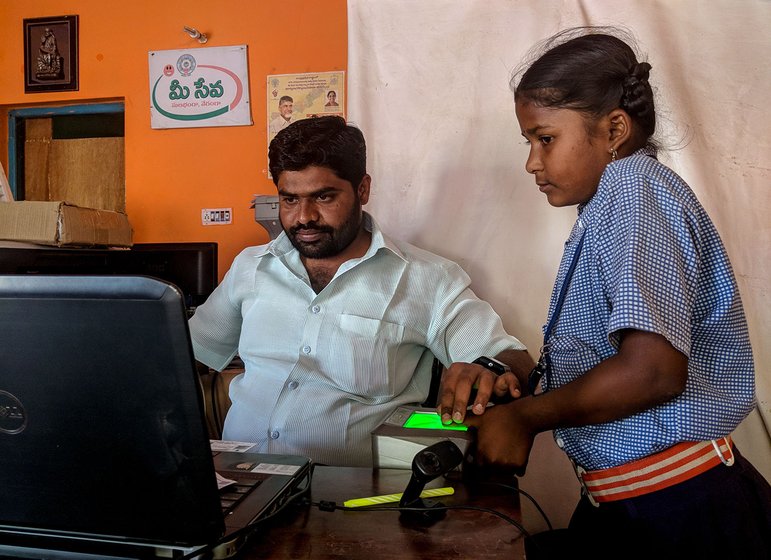 After biometric scans, Indu was given a handwritten receipt. The data is stored offline and it will be a while before it is uploaded to the Aadhaar website

After Nagendra took Indu's details, he couldn't give her the printed acknowledgement, so he gave her a handwritten slip. "The printer hasn't been working," he said. He informed them it will take a week for the data to get updated. “I haven’t uploaded the scans to the Aadhaar website yet. The files are saved on my laptop [offline],” he said. A different operator has to cross-authenticate the requests Nagendra got for the day, and he has to physically take his laptop to that operator later.

What brought about this prompt response, when Aadhaar glitches are occurring by the thousands? "It's possible that the officials acted fast because of the sensitive nature of this issue and because of the cases in the Supreme Court,” says  A.Chandrasekhar, a former college principal and a member of the central coordination committee of the Human Rights Forum, an organisation based in Andhra Pradesh and Telangana. "They [the officials] want to instill some faith in the system. So if there are one lakh cases and they do [rectify] 10,000 cases, people will get some confidence in the [Aadhaar] system. They are trying this at one level, but at another level they know the realities on the ground."