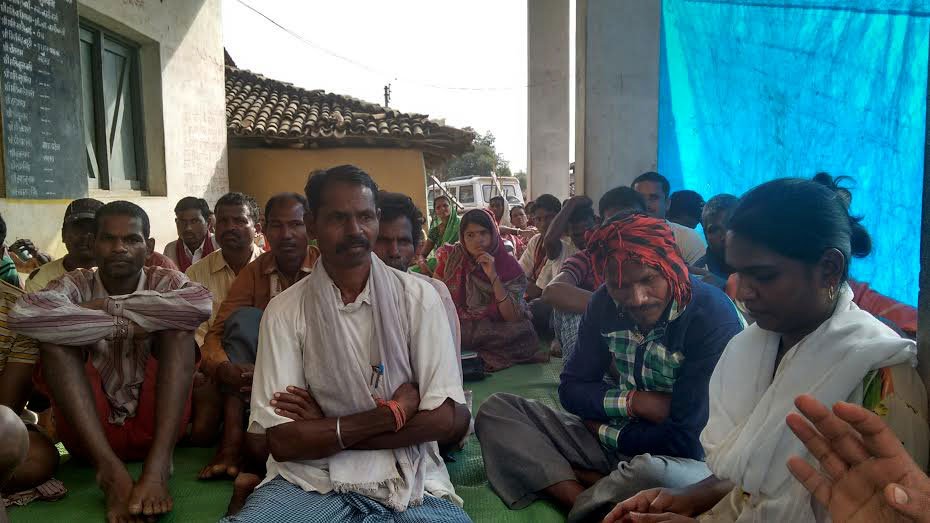 Chhattisgarh claims to be ahead of many other states in granting forest land titles to Adivasis. Why then are the people of Junwani still fighting for their forest rights?

"They said our life will change for the better, but they have betrayed us," says Pritam Kunjam of Junwani village. ‘’After taking our land, officials have given us back only a small portion on lease and tried to make us believe that is all we own. Some of us have lost our homes, farms and yards. But what we have truly lost is our grasslands, forests, public land, cemeteries and playgrounds. We have been going to the government offices to get our land back for months.”

The people of Junwani in Dhamtari district of Chhattisgarh, 140 kilometres from Raipur, launched a struggle in December 2015 to get their land back. They are fighting for their entitlements under the Scheduled Tribes and Other Traditional Forest Dwellers Act, or the Forest Rights Act (FRA). The legislation, enacted in December 2006, came into force on January 1, 2008.  The FRA provides for restitution of traditional forest rights to forest inhabitants across India. It grants community rights to use minor forest produce and grazing lands, and individual titles to land that Adivasis were farming as on December 13, 2005.

While the Chhattisgarh government claims to be ahead of other states in leasing lands under the FRA, data presented at a workshop on forest rights held on November 15, 2015 in Raipur, where both state and union government officials were present, points to a different reality.

The state government has dismissed 60 per cent of individual claims by Adivasis in the past seven years – or around 512,000 such claims made under the FRA. And contrary to the law, which stipulates 2.5 acres per adult , the Chhattisgarh government has only recognised an average of 2 acres of forestland per family .

When 44 per cent of the land in Chhattisgarh is forested, not granting these rights to people who are entitled to them becomes even more significant. Data presented at the same workshop showed that Tripura and Kerala have dismissed only 34 per cent of similar individual claims.

Junwani has 265 voters according to its panchayat voters’ list – 662 acres are due to them as individual rights.  But local activist Benipuri Goswami says that “decades-old records are being used and only 180 acres have been given on individual leases.” Madhu Sarin, president of the executive committee of Vasundhara, a Bhubaneswar-based research and policy group on environment and sustainability issues, says, “Our law allows an adult 2.5 acres of land, but they have given a smaller area, that too only in the name of the father.”  Women have not been given any land in Junwani, Kunjam says. “Not a single woman's name has been registered.” And, he says, no identification or map has been provided along with the leases. 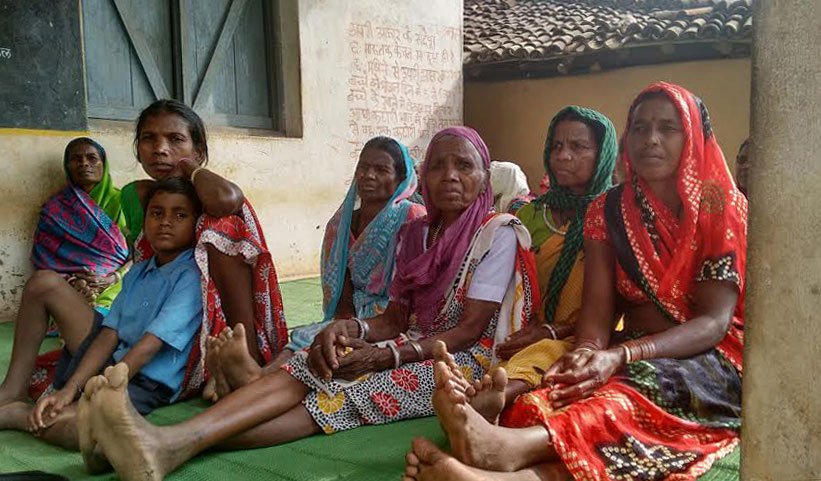 Women have not been given any land in Junwani, while other villagers have been shortchanged

Chhattisgarh has also not declared the number of community leases (these are different from individual titles) the state will grant. “Though there is a provision in the law, the government isn’t giving land for community leasing,”   Benipuri says. Under community leasing, according to the data presented at the same workshop in Raipur, Gujarat has distributed 280 acres of forestland on average per village, Karnataka's average is 260 acres, Maharashtra's is 247 acres and Telangana's is 676 acres.

Additionally, in January 2014, Chhattisgarh announced its decision to turn 425 forest villages into revenue villages. This was done ostensibly to bring them into the ‘mainstream’ and facilitate ‘development’, but the people living there were not consulted during this process. And when the revenue and forest departments both claim jurisdiction over the same land, the Adivasis are doubly concerned their forest rights might get buried in this departmental tussle. “A thousand acres of land belong to the village,” Kunjam says, “which cannot be given to any department or private sector.’’

However, Rajesh Sukumar Toppo, director, department of scheduled castes and tribes, has emphasised that Chhattisgarh is “ahead in the game when it comes to individual leasing but now preference will be given to community leasing.” He says that on November 20, 2015, the chief secretary directed the collectors to assist the community leasing process, and that “such lands will also be included in the records.”

The state’s minister of forests Mahesh Gagda said in an interview with this author, “The tribal community gets [forest] land on lease much more easily than non-tribal people. As it is, the land is distributed at the village level [based on recommendations made by the gram sabha ] and not by the government. But many claims are being cancelled and these complaints are being reviewed.”

But Indu Netam of the Adivasi Samta Manch, Raipur, says, “The government is playing the vote-bank game. Statistics show that the leasing process was almost at a standstill for three years after 2009. However, at the time of the 2013 elections, 100,000 leasing procedures were reportedly completed within a year. Now the process has slowed down again.”

Even as the Adivasis of Dhamtari hammer on the state's doors to get the rights promised to them under the FRA, 186,000 acres of forest land in Chhattisgarh were diverted to industries between 2005-2010, according to the annual report of the mining department placed before the state legislature. Of this diverted land, 97 per cent was marked for mining.

The Forest Survey of India records that 233,000 acres of forest areas in the state had already been given for mining between 1997 and 2007. The annual reports of the central and state mining departments indicate that in 2014 alone, minerals worth Rs. 20,841 crores were extracted in Chhattisgarh. 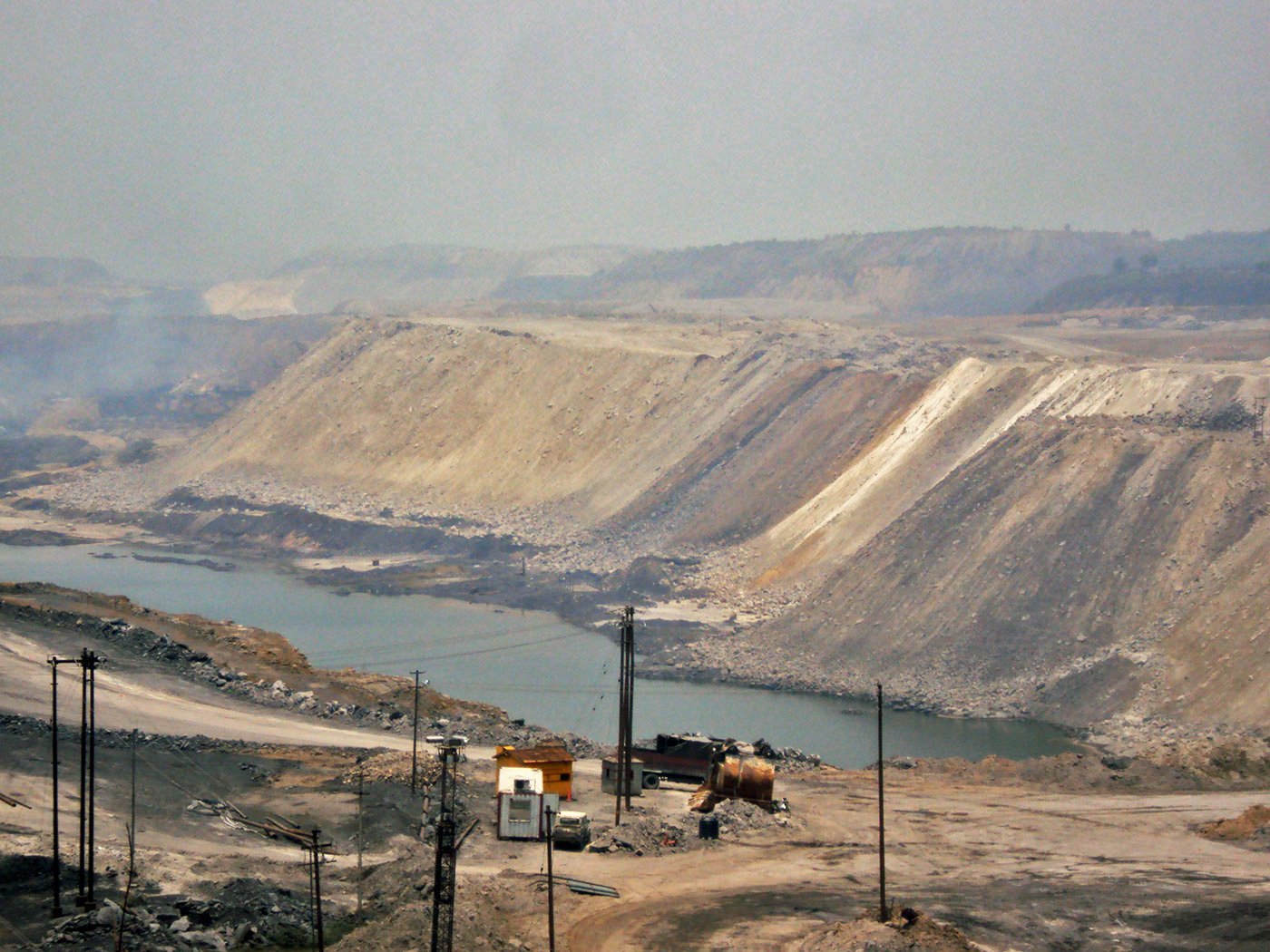 Even as the Adivasis of Dhamtari fight for their forest rights, in just five years more than 150,000 acres have been allotted to mining in Chhattisgarh

The government's priorities are clear. Meanwhile, as Pritam Kunjam says, “If we lose our land, where do we go?"

A version of this story was published in the Raipur edition of Rajasthan Patrika on December 4, 2015.

Pallavi Kulkarni is a Marathi, Hindi and English translator.

Other stories by Pallavi Kulkarni