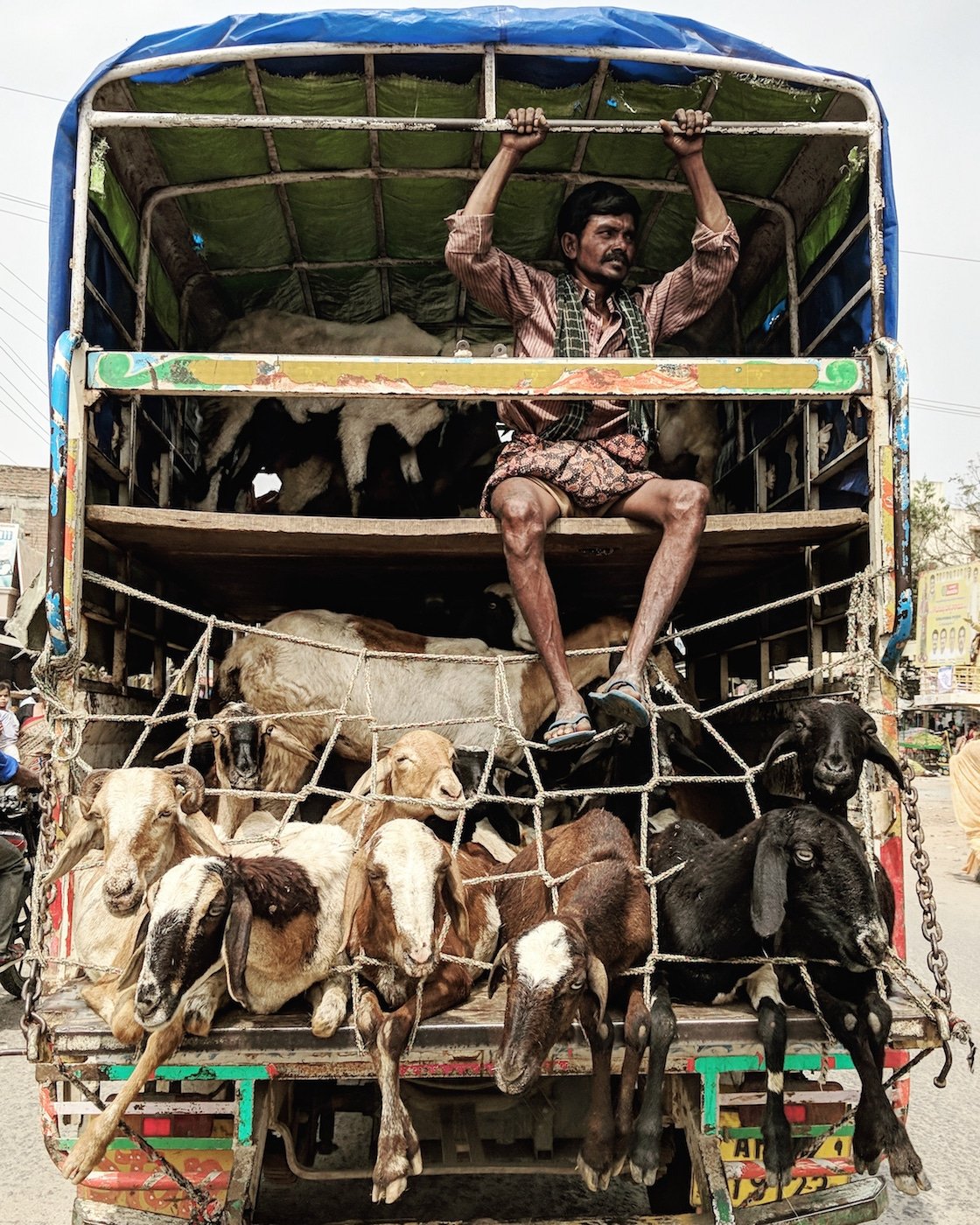 Getting one's goat – to the market

The mutton shops and markets of Anantapur district in Andhra Pradesh regularly receive a cargo of goats and sheep, who are ferried across in vehicles. The animals are purchased from shepherds by traders who then move with them from market to market, depending on the rates. I took this photograph when the tempo was going towards Anantapur from the direction of Kadiri.

I imagined that the man sitting on top (whose name I couldn’t note down) must be the owner. So I went to the goat market held every Saturday in Anantapur town and showed the photograph around. A few traders said he might be a trader too, or an escort sent by a trader, but they were not sure. A shepherd, P. Narayanaswami, who I met at the market, said he is quite sure that the man in the picture is not the owner of the animals. "He is probably a labourer. Only a labourer will sit on the top [with a seemingly carefree attitude]. The owner of the goats would carefully put their legs inside before taking them along. A man who spends some 6,000 rupees on each goat can't let their legs be damaged.”