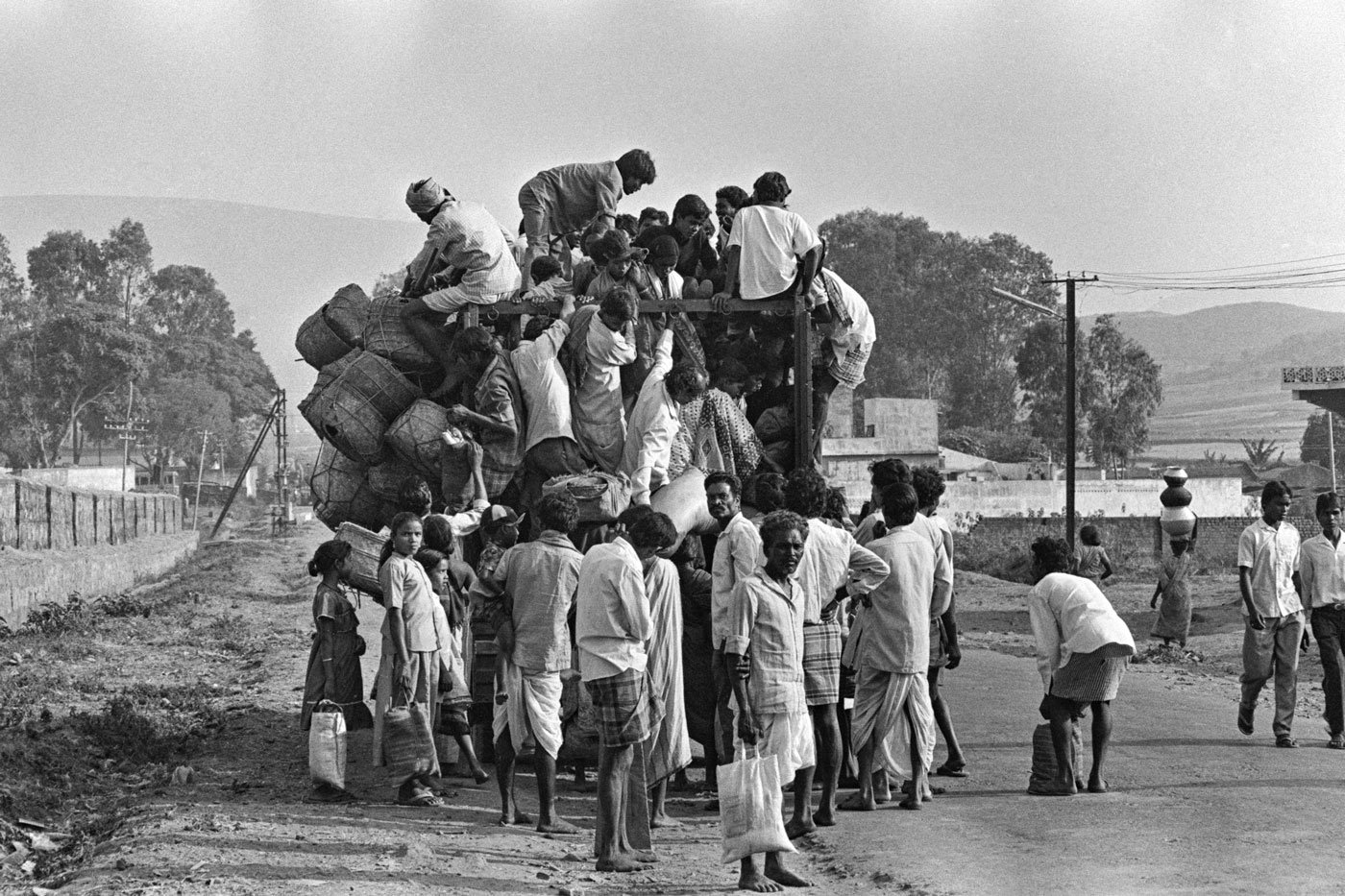 ‘But I have an ishtereo, sir’

Many countryside lorry drivers, like the one steering this vehicle in Koraput, act as freelance cabbies when the malik is not looking

It’s a common form of transport in the countryside, and an income earner for truck or lorry drivers travelling without a cargo – or after delivering one at its destination. Anyone can use it – you can, too, though sometimes it’s not easy to find or access the vehicle under the milling mob of humanity seeking to go home after the weekly haat (rural market). In remote parts of rural India, every other truck and lorry driver is also a freelance cabbie when the malik is not looking. In regions where decent transport is rare, he performs an invaluable service – for a fee, of course.

This was at a village close to the highway in Koraput, Odisha, and people were scrambling to get home as darkness fell. It’s hard to figure out in these situations exactly how many have clambered on board. Only the driver has some idea because he’s collected money from each of them. But even his estimate may not be accurate – as he might charge a slightly different fee for different groups, or for people carrying some poultry or a goat or bigger headloads with them. He might even charge less from some of his older people or repeat customers. He drops his passengers off at some familiar points on the main highway. From there they trek swiftly in the gathering darkness, through the forests, back to their homes.

Many had travelled over 30 kilometres to reach the haat and their homes are often far off from the highway. For between two and five rupees, they could travel up to 20 kilometres this way in Koraput 1994, depending on the terrain and the difficulties involved. The rates could also vary slightly from driver to driver, subject to the urgency of need and immediate bargaining power of both sides. My own problem with travelling in this form of transport – and I’ve covered thousands of kilometres that way – lies in convincing the driver that I need to be in the rear with his human cargo. Maybe even on top of his cabin at times, but not in it. 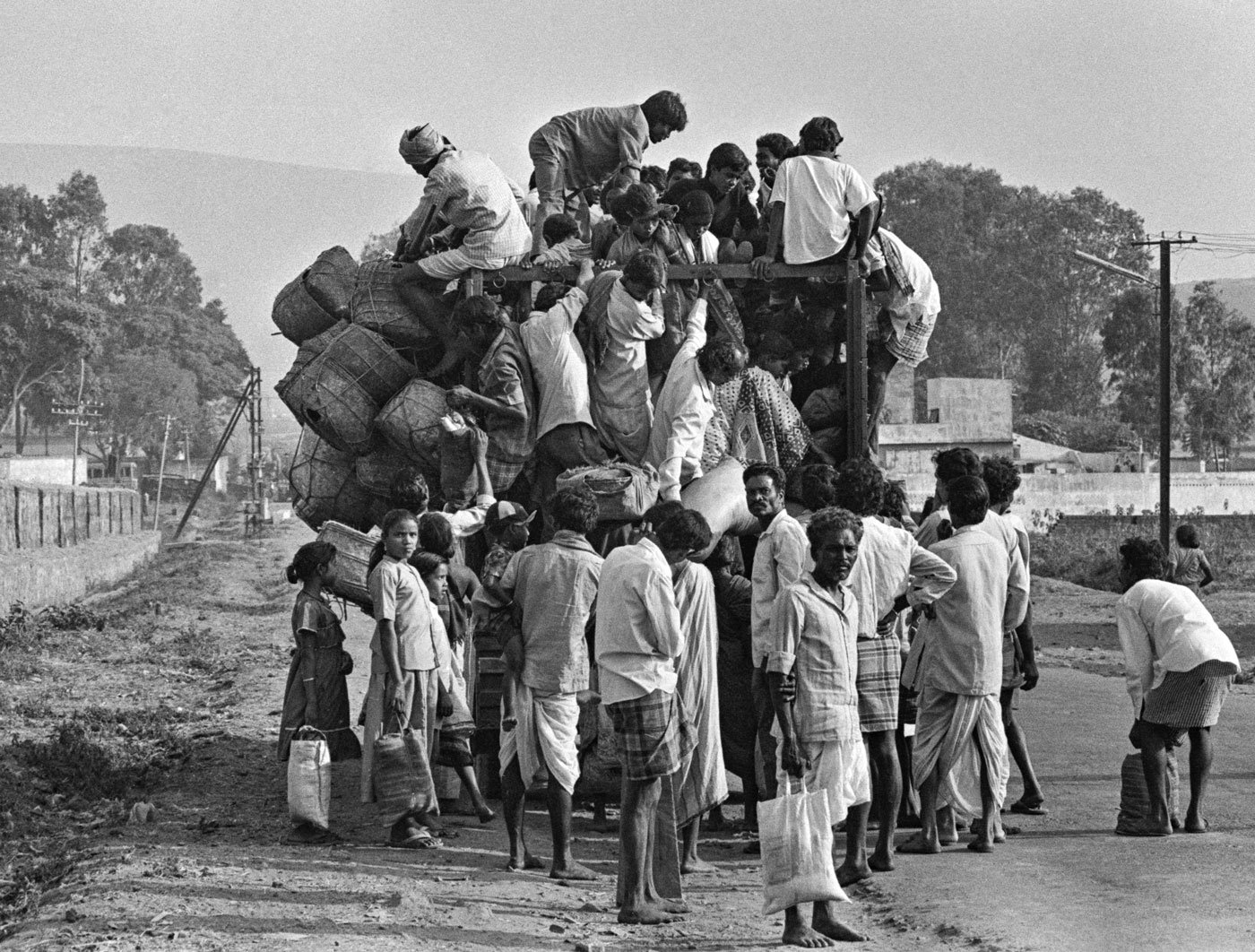 It made no sense to the amiable and friendly man steering this vehicle. “But I have an ishtereo , a cassette player in my cabin, sir, and you can listen as we travel,” he said. What’s more, he had a great collection of pirated music. I have journeyed that way too, sometimes, and enjoyed it. But the objective here was to figure out what sort of a day the villagers he was transporting in his lorry had had at the haat . I pleaded that I needed to take photographs quickly as the light was fading. I needed to converse with his homebound travellers. Finally, he relented, though dismayed that someone he saw as belonging to what he perhaps believed was the genteel world of metro India, should be such an idiot.

However, he did help me clamber on to the back where I was also hauled up by welcoming hands. All the tired out haat returnees were no less affable and accommodating, even the goats and the poultry. And I had some great conversations but managed only a decent photograph or two before it fell totally dark.

A shorter version of this piece appeared in The Hindu BusinessLine of September 22, 1995.