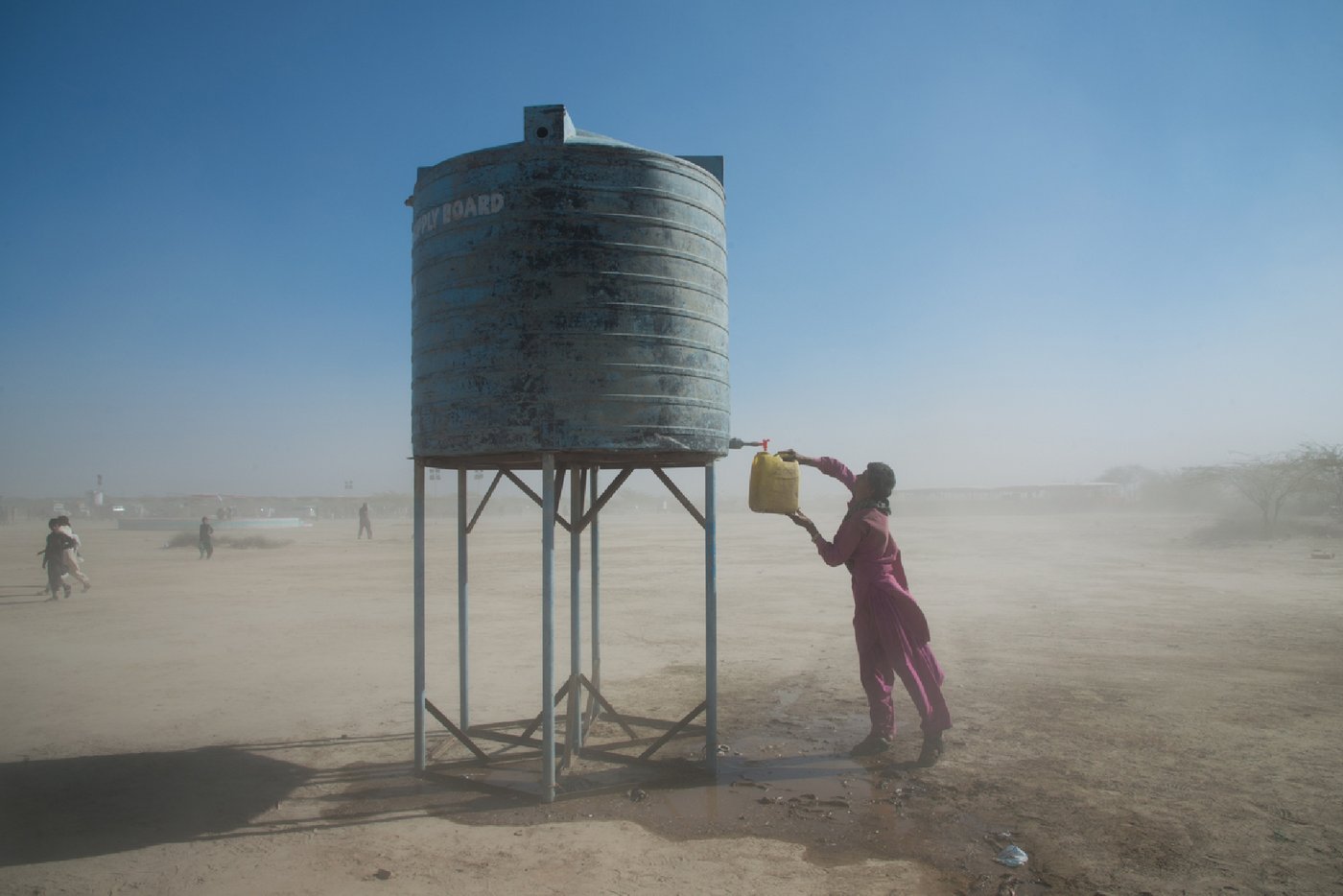 At a 'watering hole' in the arid Banni grasslands

The migrations of the maldharis of Kachchh, Gujarat, are linked to the search for grazing grounds and water

With the Great Rann of Kachchh to its south and the Kalo Dungar (Black Hills) to its north, the Banni Grasslands Reserve, the second-largest in Asia, covers around 3,847 square kilometres. The Indus river once flowed through this region, and communities that migrated from what are now Iran, Afghanistan, Sindh and Balochistan have lived here for centuries. In 1819, a huge earthquake changed the course of the Indus, and Banni transformed into an arid grassland. Over time, the settler communities took to pastoralism to adapt to the dry landscape, and they continue to live in 48 hamlets that dot these grasslands of Gujarat.

The tribes that comprise the Banni communities, including Jats, Rabaris and Sama, are collectively referred to as the ‘ maldhari' . In the Kachchhi language "mal" refers to animals, and "dhari" means possessor. Across Kachchh, the maldhari rear cows, buffaloes, camels, horses, sheep and goats. Their lives and cultural practices revolve around their animals, and even their songs speak of herding. Some of the maldharis migrate seasonally, usually within Kachchh, in search of grazing pastures for their animals. Families set out from May, or sometimes by June or July, and return in time for the rains, usually by the end of September.

The social status of the maldharis is tied to the size and quality of their herds. Every year, they come together for two days to celebrate that status, their communities and culture at a large fair held in the grasslands. The dates of the event, usually in December-January, are collectively decided by the community. That’s a maldhari you see in the photo, collecting drinking water from a tank set up temporarily for the fair.