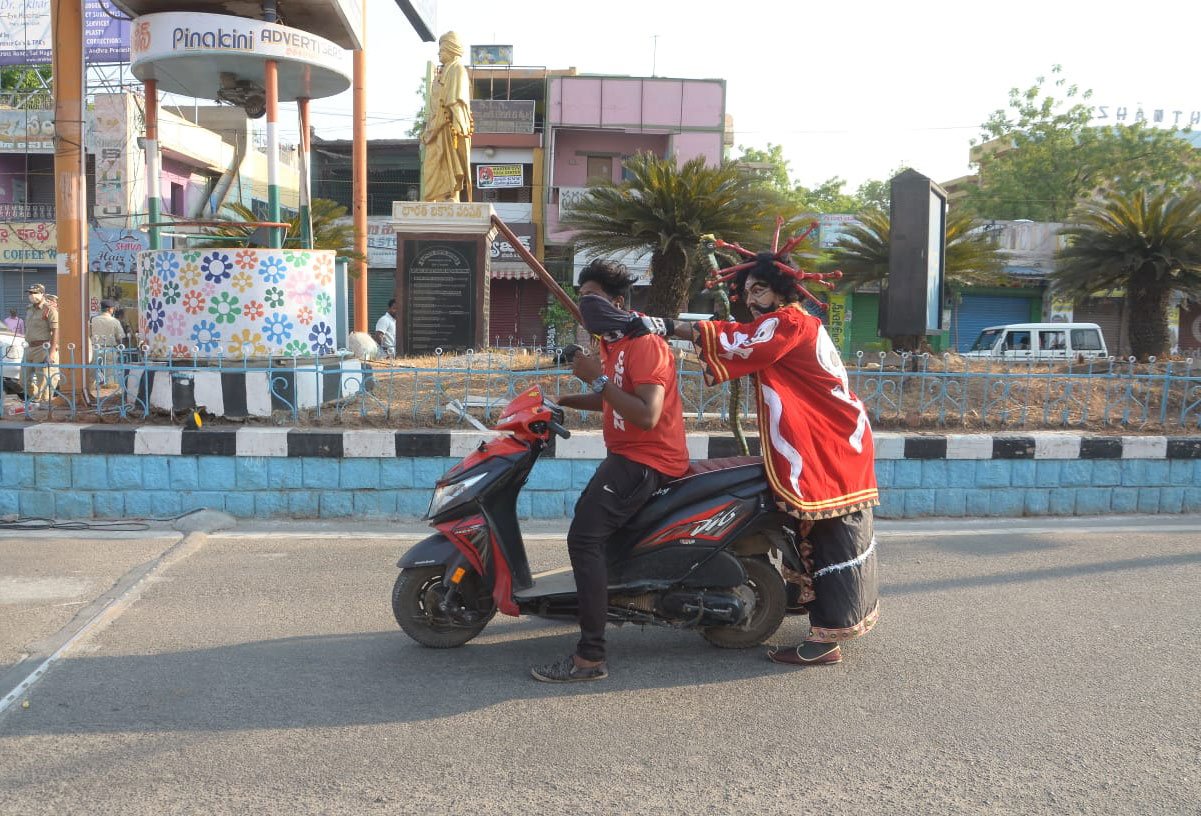 In Anantapur, Andhra Pradesh, police rope in a mythological sorcerer in the battle against the coronavirus

That’s Mayala Pakir, the evil magician from Telugu mythological stories for children, stalking the streets of Anantapur in Andhra Pradesh. This avatar of him is Kishore Kumar – not the late, legendary singer – but an armed reserve constable of the Andhra Pradesh police.  And this picture of him was taken on April 2 near the clock tower in the central part of the city.

The police force in the Telugu-speaking states – which quite casually uses corporal punishment to take its message to the public – seems to have moved on to art. (A video from another district shows cops dancing to the popular Telugu song Ramulo Ramala in their attempt to spread awareness about hand hygiene). A Facebook page titled ‘Anantapur Police’, posted the photos of Mayala Pakir (aka Kishore Kumar) with that scary coronavirus headdress (well, one meaning of the word corona itself is ‘crown’).

A campaign vehicle and this “innovative imposter” says Anantapur police, would take the message of social distancing and other hygiene norms regulations to the public during periods of relaxed regulations. (for example, when people get out of their homes out to buy provisions). And this message would be taken to “the crowded vegetable markets, government hospitals, provision stores and important intersections.” Well, it’s a new direction for a police force that has never needed assistance to scare the hell out of the public. 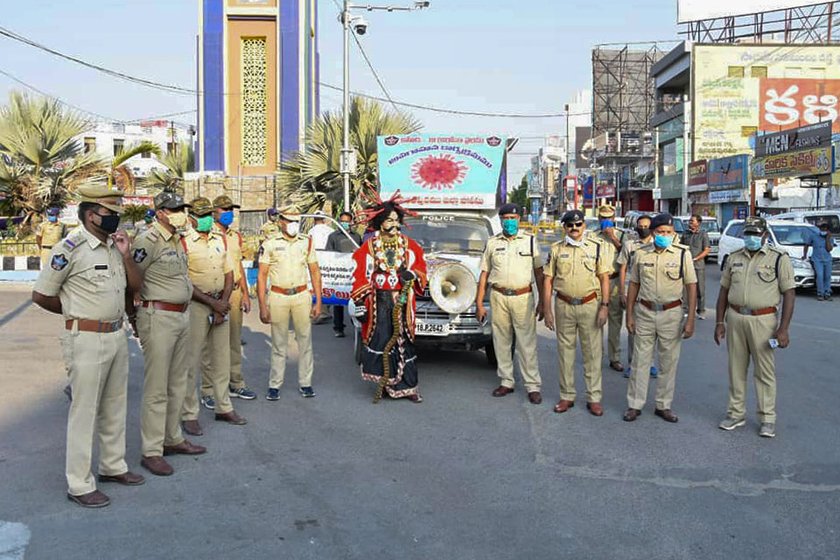 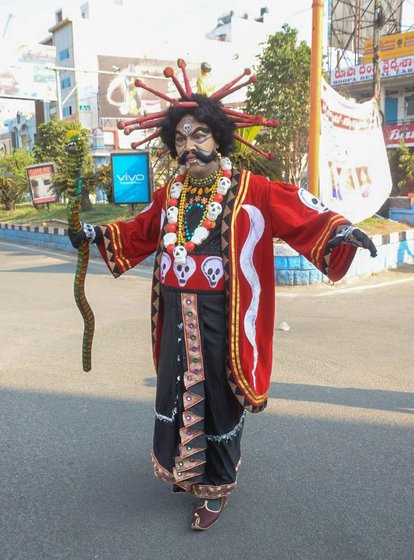