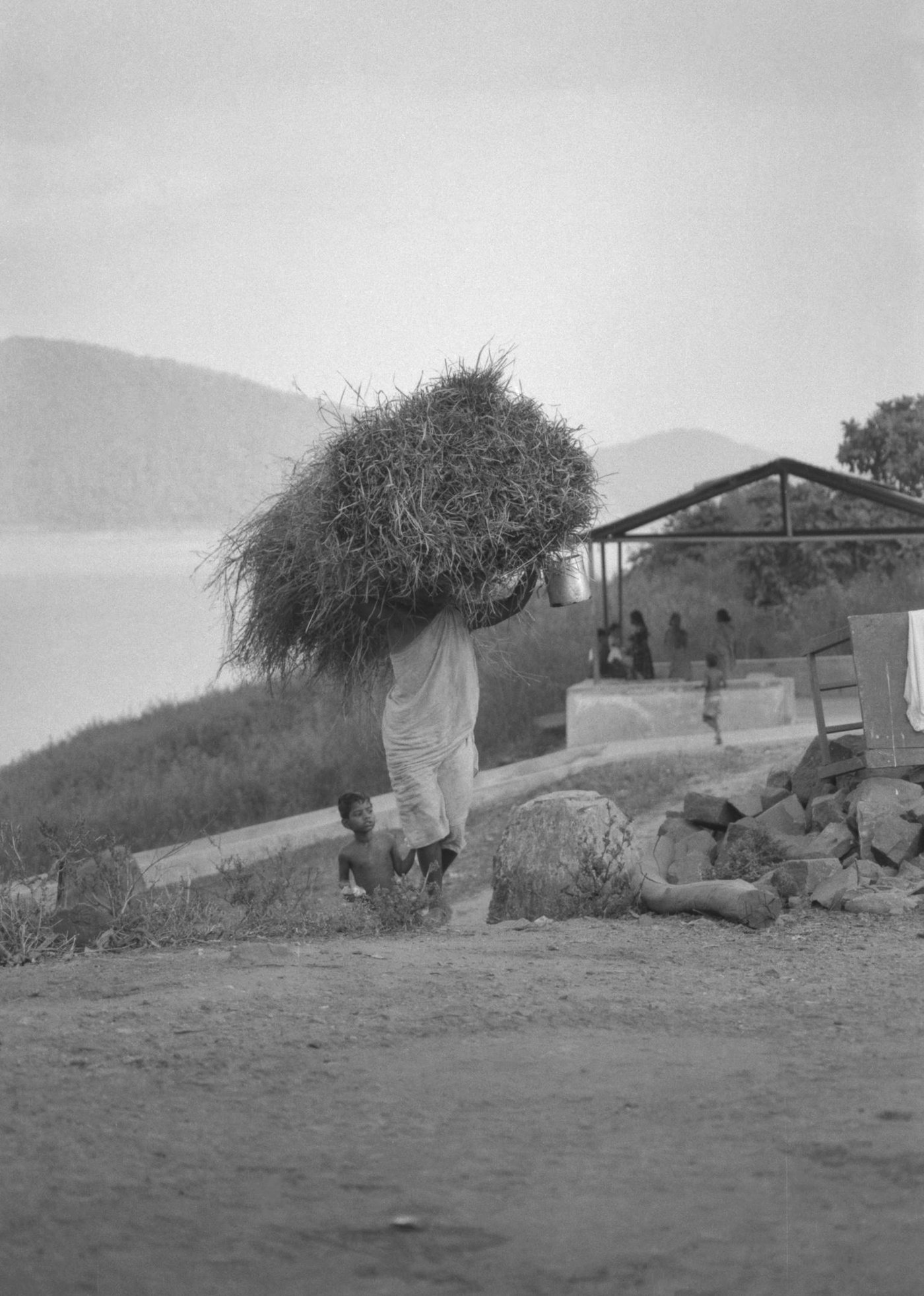 She was coming up the hill slope, the huge load hiding her face. Visible work, invisible woman. Just another day’s labour for this landless person in Malkangiri, Orissa. Fetching water, fuel and fodder. Three chores that take a third of a woman’s life. In parts of the country, women spend up to seven hours a day just getting water and fuel for the family. Fodder, too, takes time to collect. Millions of women in rural India walk several kilometres each day to gather those three items. 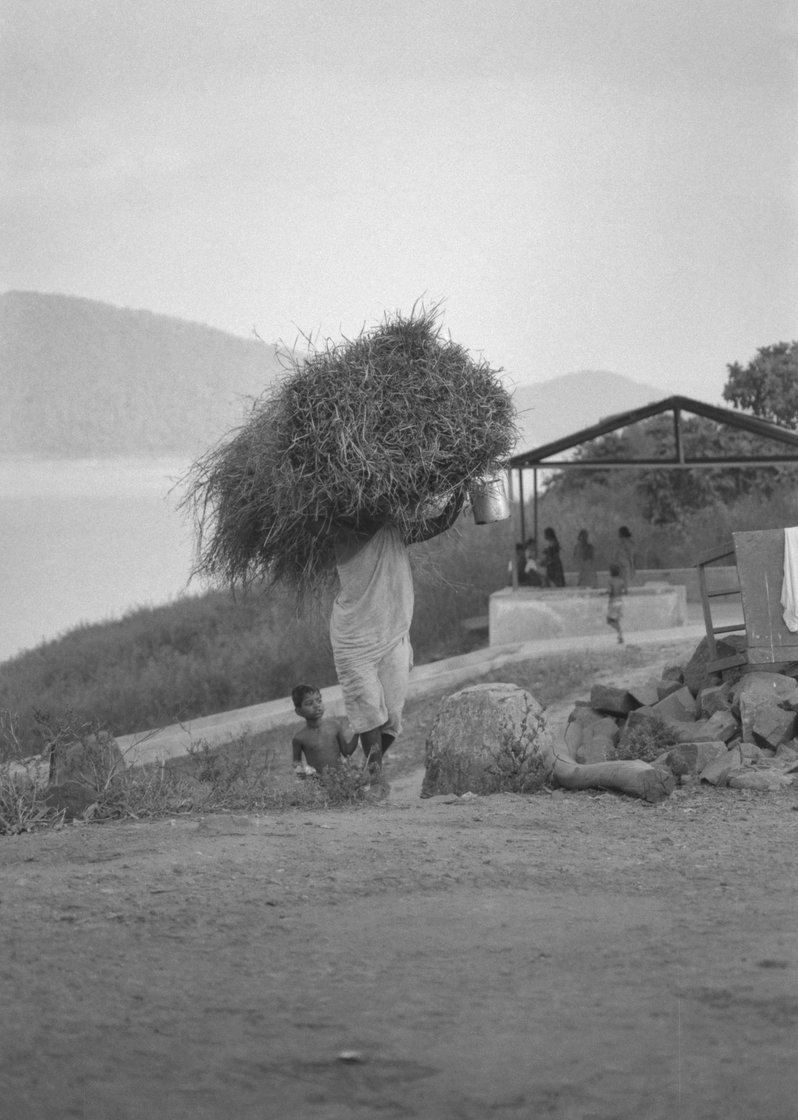 The loads are very heavy. The adivasi (indigenous) woman, also walking up a slope in Malkangiri, has around 30 kilograms of firewood on her head. And she still has three kilometres to go. Many women trudge similar or greater distances to bring home water.

The woman standing on the logs of wood in Jhabua in Madhya Pradesh is drawing water from a well with no walls. The logs are laid on the mouth of the well to keep mud and dust out. They’re not even tied together. If she loses her balance, it’s a twenty-foot drop into that well. If she slips sideways, the logs could crush her feet. 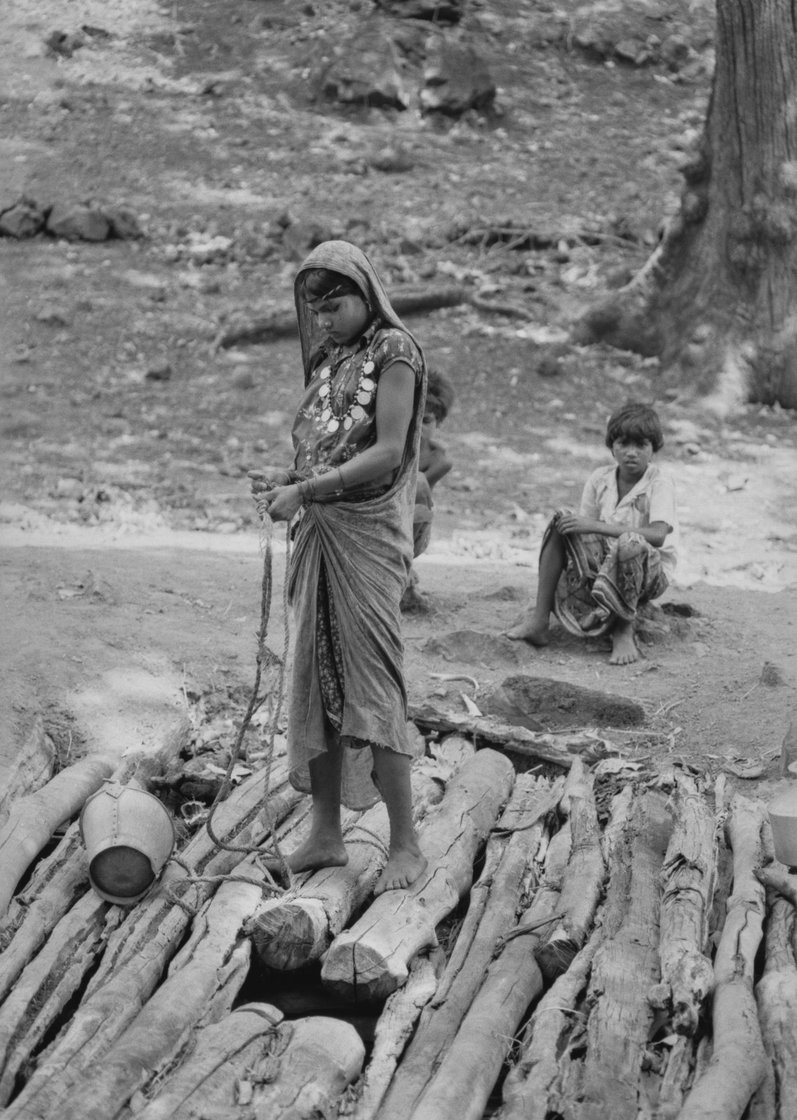 In deforested or water-scarce areas, the drudgery gets worse. The distances tend to be much greater. So the woman tries to carry bigger loads on a single trip.

These are very difficult tasks at the best of times. But as millions of people lose access to village common lands, the problems get worse. Village commons are being swiftly privatised in most states across the country. This hits the poor, particularly agricultural labourers. For ages, the commons have yielded them a big chunk of the things they consume. Losing the commons means, among other things, a loss of ponds and pathways, grazing grounds, firewood, fodder and water for livestock. It means the absence of a patch of trees and plants from where they might get fruit. 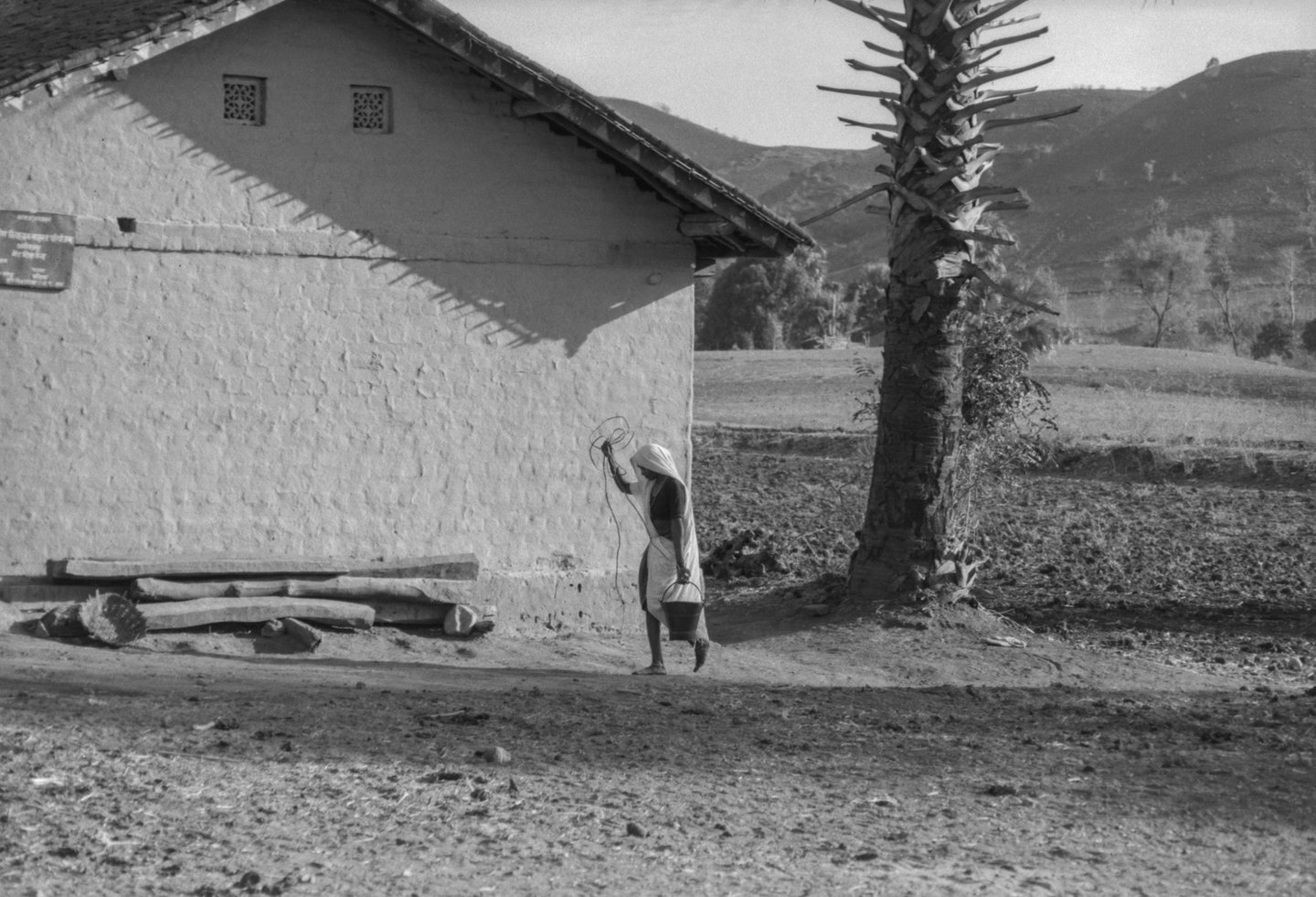 Privatisation and commercialisation of the commons hits poor men and women alike. But it’s mainly women who collect necessities from the commons. Dalits (those treated as ‘untouchable’ under the caste system) and other marginalised groups of landless labourers are worst hit. Upper caste-led panchayats in states like Haryana have leased out common lands to factories, hotels, distilleries, luxury farmhouses and building colonies.

With greater use of harvester combines, let alone tractors, landowners need fewer labourers. So they feel they can now sell off common lands that once helped retain and sustain poor workers in the village. Often, when the poor resist the sale of the commons, landowners strike back with caste and economic boycotts. The loss of the commons and the boycotts has meant that women in many places have even lost latrine spaces. This is now a huge problem for many of them. 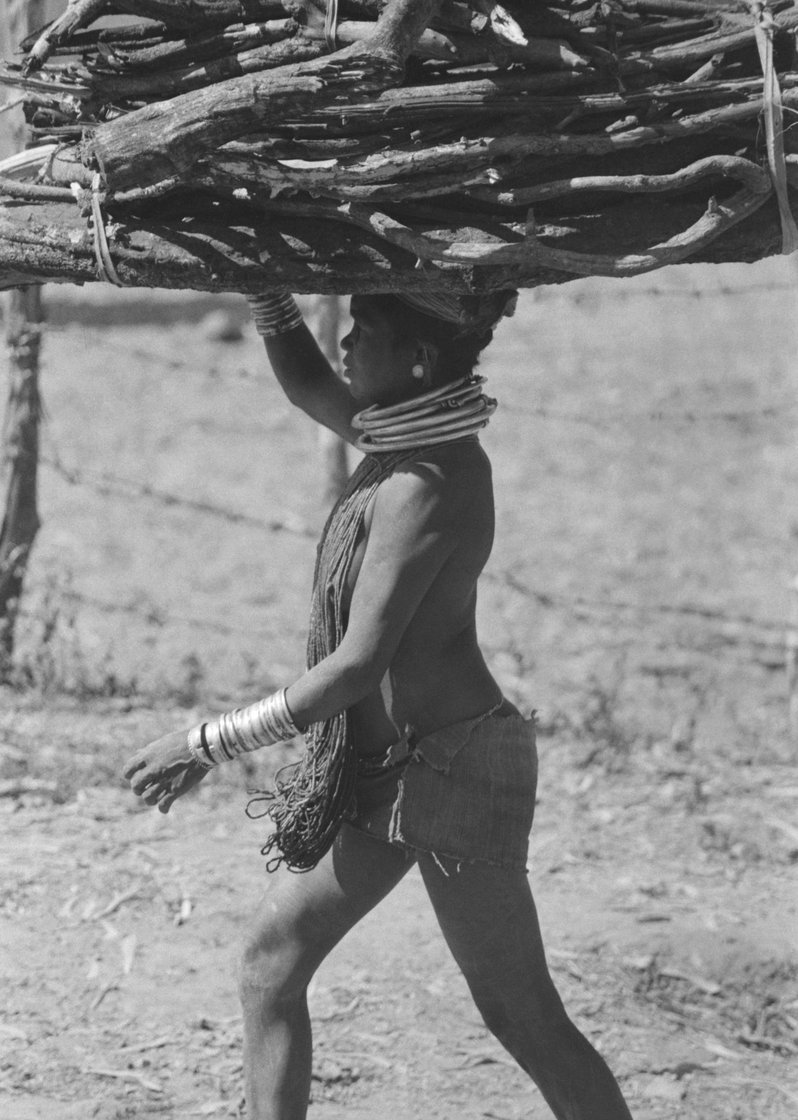 Fetching fuel, fodder and water keeps millions of households going. But those doing the job pay a heavy price for it.