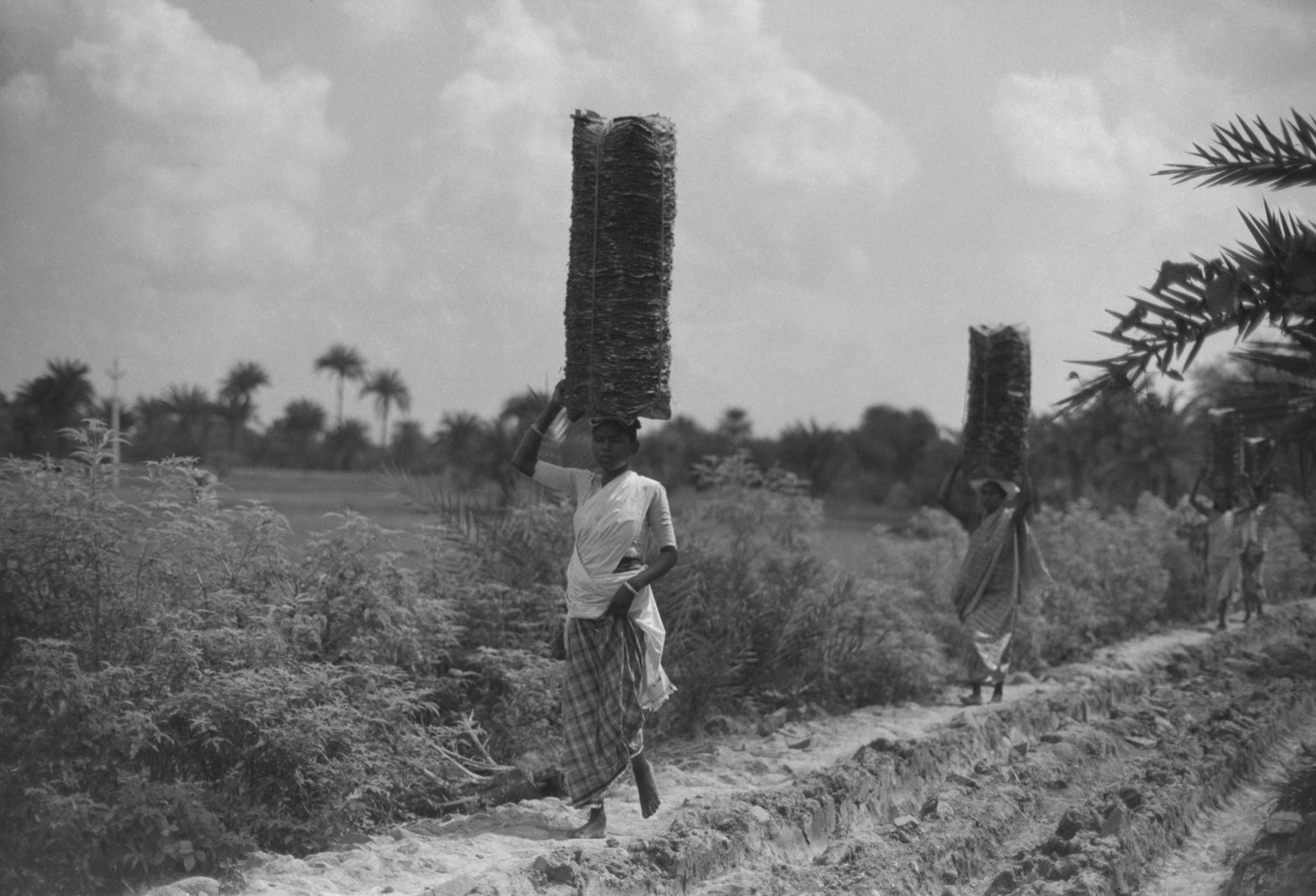 The bamboos are about three times the height of the women who have brought them here. Each woman has carried one or more to this weekly haat (rural market) in Godda, Jharkhand. Some have walked 12 kilometres to get here, balancing the bamboos on head or shoulder. Of course, before doing that, they also spent hours chopping down the bamboos in the woods. 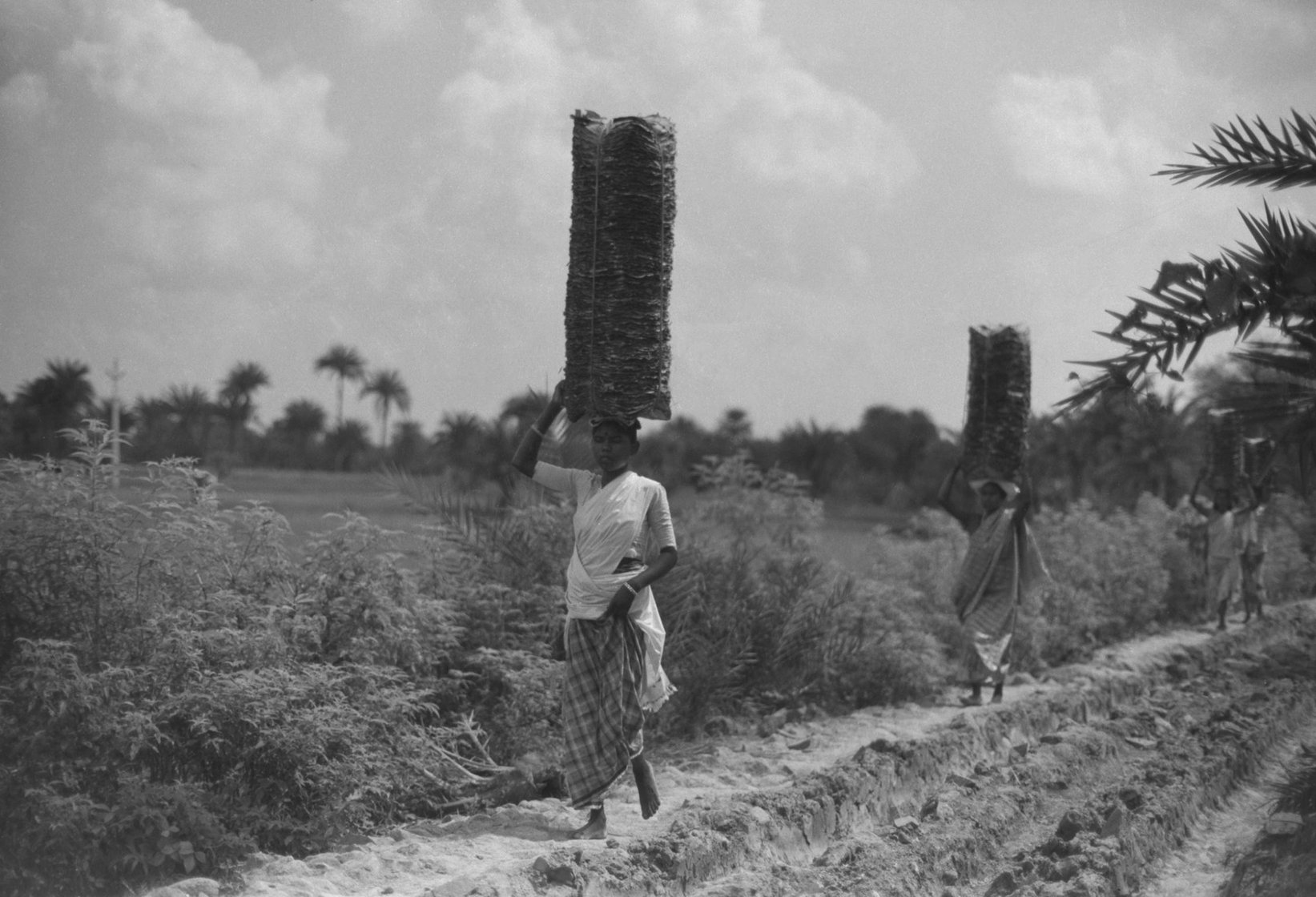 With all this effort, they’d be lucky to make Rs. 20 (40 cents) by the end of the day. Moving towards another haat, also in Godda, are some who will make even less. The women bringing the tall stacks of leaves on their heads also collected and stitched those leaves together. They make excellent disposable eating ‘plates.’ Teashops, hotels and canteens will buy these by the hundred. The women might make Rs. 15 – 20 (30-40 cents). The next time you eat off these plates at a railway station, you ’ll know how they got there. 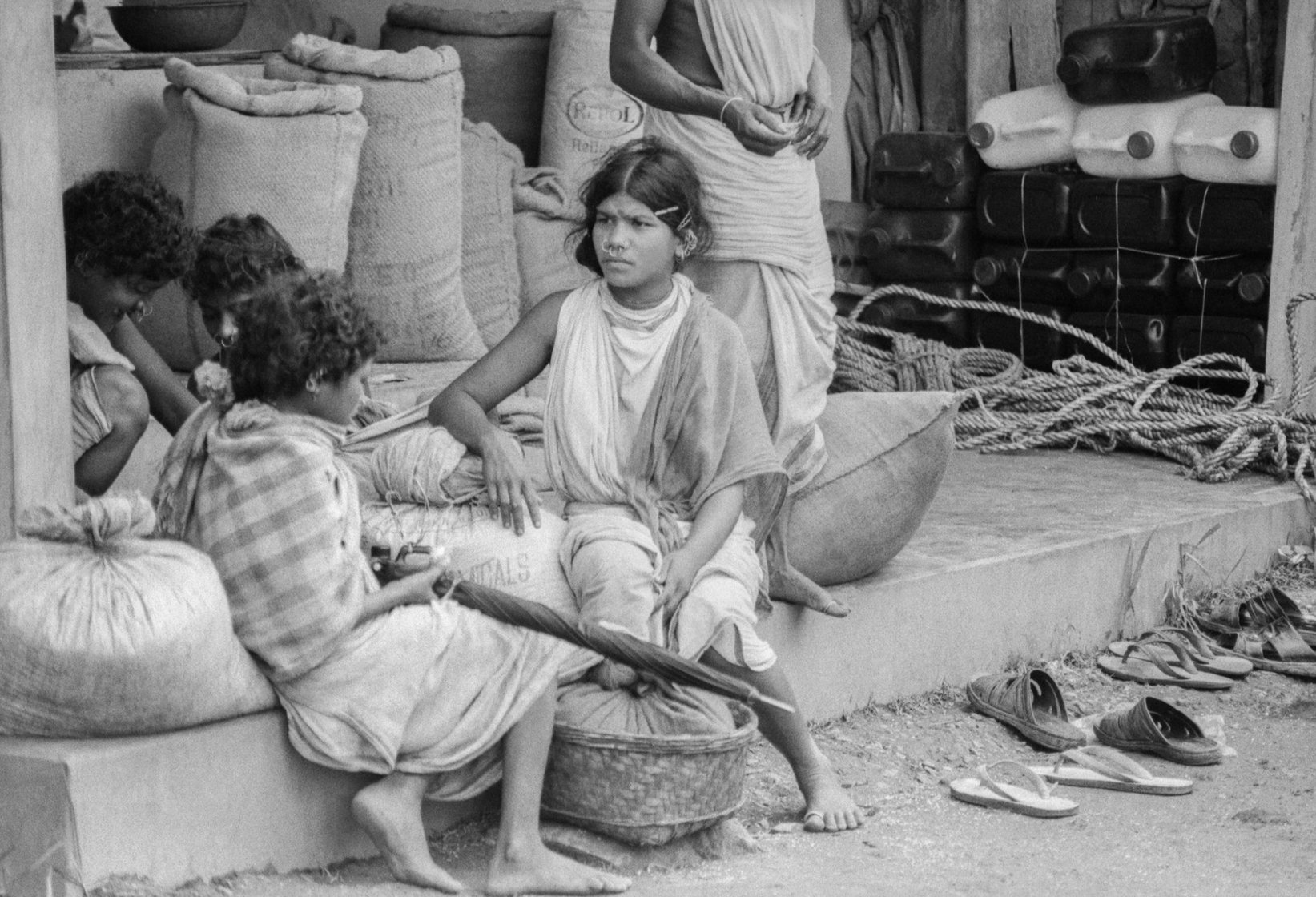 All the women have long distances to traverse and many responsibilities at home. The pressure on market day is great. The haat is a weekly event. So whatever the small producers or vendors make today has to help sustain their families over the next seven days. They face other pressures too. Often, at the edge of the village, they run into moneylenders who try and bully them into parting with their produce for a pittance. Some succumb to this. 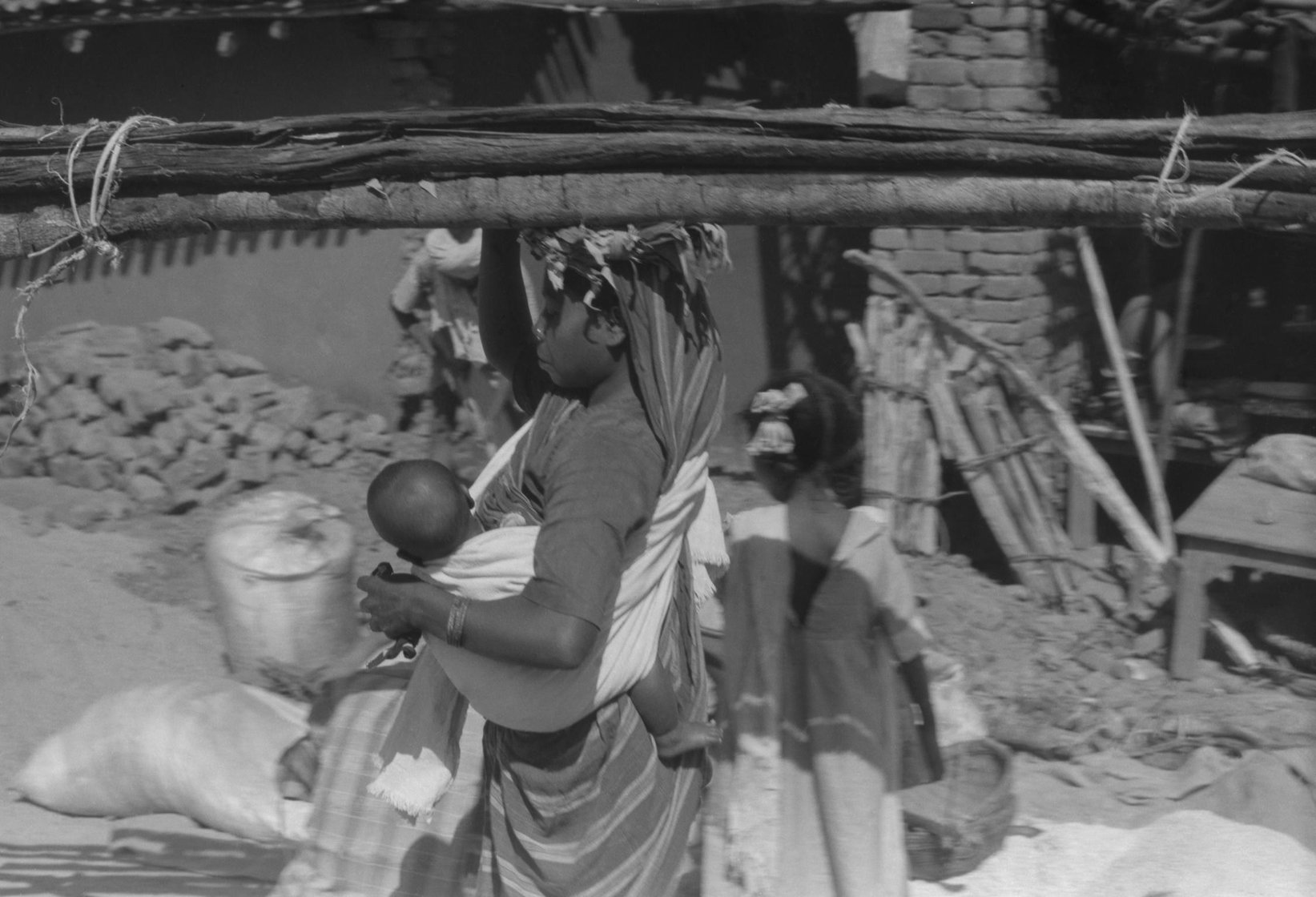 Others are bound by agreements to sell only to their creditors. You often find them waiting at the merchant’s shop. That seems to be the case with the adivasi (indigenous) woman sitting at the store in Rayagada in Orissa, waiting for the trader who owns it. She could be stuck there for hours. At the outskirts of the village, more people from the same adivasi group are on their way to the market. Since most of them owe money to the merchants, their bargaining power is terribly weak. 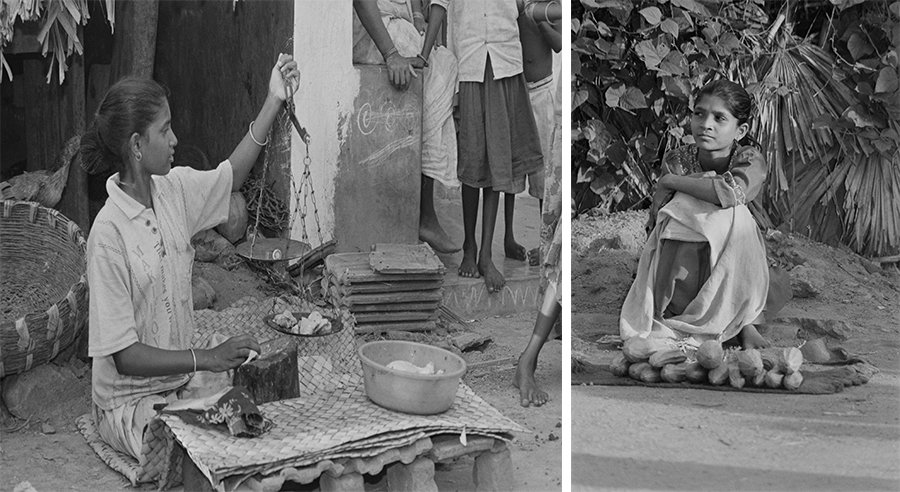 There is also the bullying, including sexual harassment, that women vendors face everywhere. Here, it’s not just the police, but forest guards too.

The Bonda women in Malkangiri in Orissa have had a disappointing day at the market. But they deftly haul that heavy trunk onto the top of the bus. Since the nearest bus stop is a good distance from their village, they will later carry that trunk a long way home. 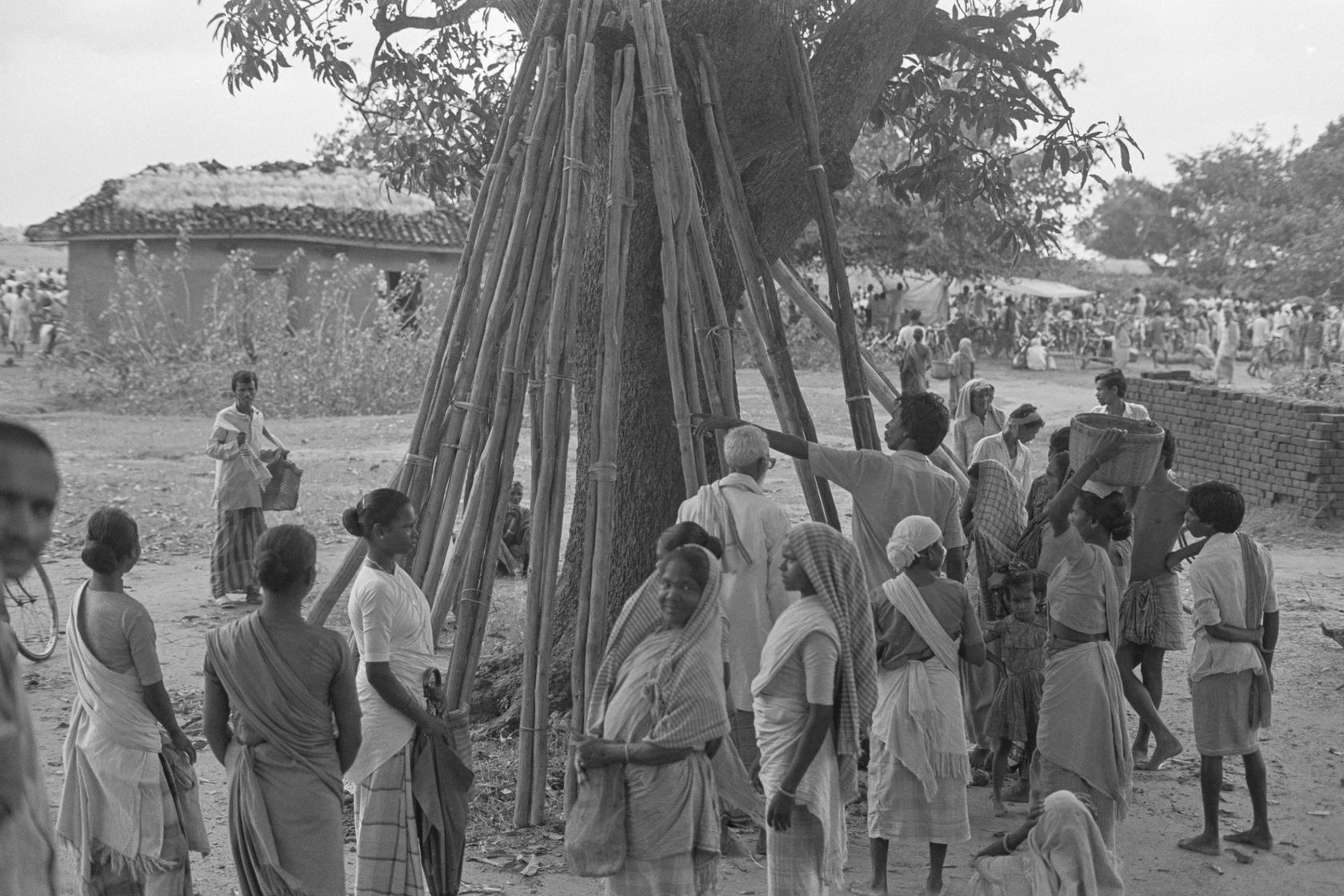 The woman heading for the haat in Palamau in Jharkhand is carrying her baby, her bamboos and her meagre lunch with her. She also has a second child in tow. 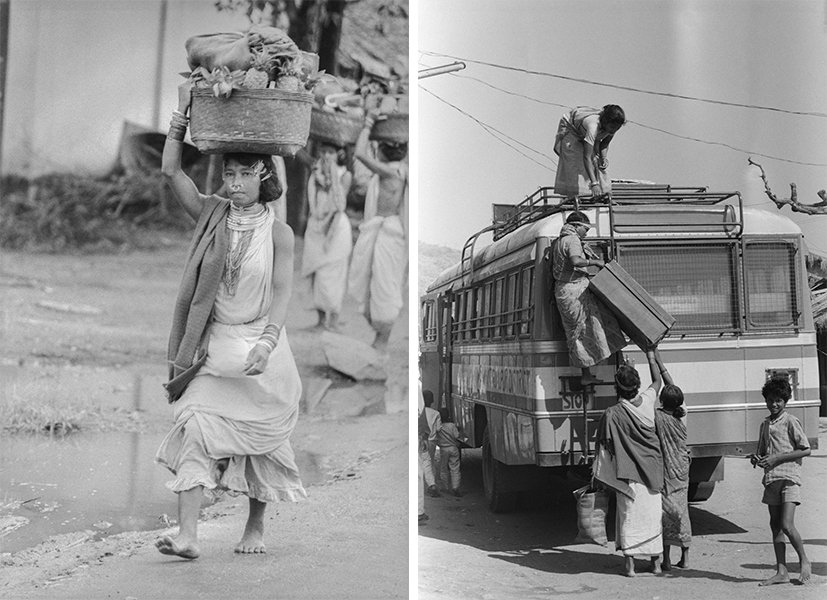 The income earned by millions of women working as small producers or vendors in the country is tiny in individual terms. As it is in terms of fairness and effort. But it is crucial to the survival of their families.

The girl chopping and selling chicken at a village market in Vizianagaram in Andhra Pradesh is barely thirteen. Like her neighbour selling vegetables in the same market. Their male relatives of the same age have a far better chance of being in school. Apart from the job of selling their produce in the market, the same girls have to do a lot more of ‘women’s work’ at home.