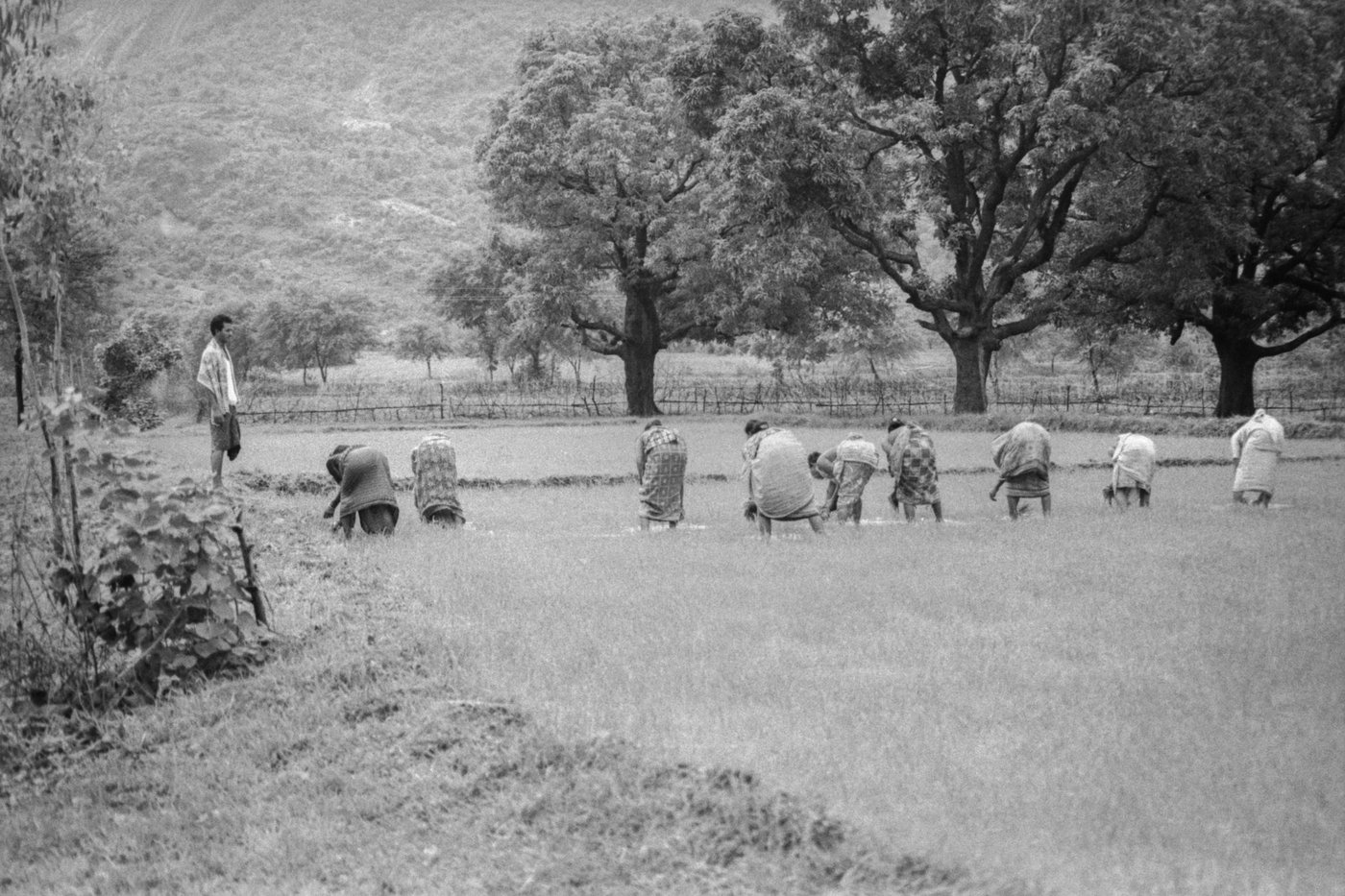 Visible Work, Invisible Women - A field, but not one’s own (Panel 3)

The landowner was proud to be photographed. Standing tall while the row of nine women workers doubled over, doing transplantation work on his field. He said he paid them Rs. 40 (82 cents) a day. The women told us later that he gave them Rs. 25 (51 cents). They were all landless workers in Rayagada, Orissa. 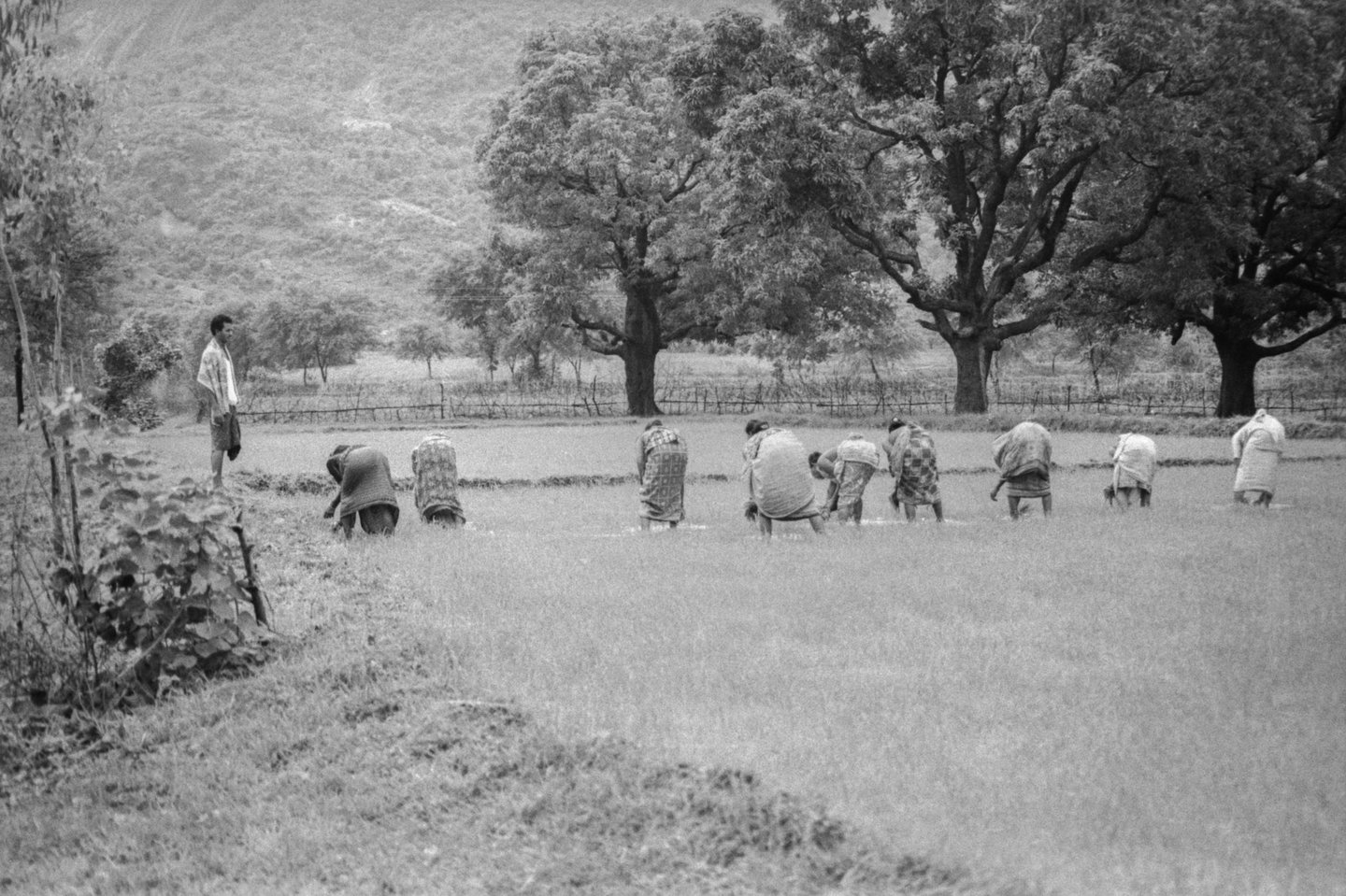 In India, even women from landed families have no rights to the land. Not in the homes of their parents. Nor in those of their husbands and in-laws. Deserted, widowed or divorced women could end up as labourers on fields owned by relatives.

In official count, there are 63 million female workers. Of these, 28 million or 45 per cent are agricultural labourers. Even this staggering figure is misleading. It excludes those who do not find employment for six months or more. This is vital. It means millions of women are not counted as workers contributing to the national economy. Much that rural women do, apart from direct agriculture, is dismissed as ‘household work.’ 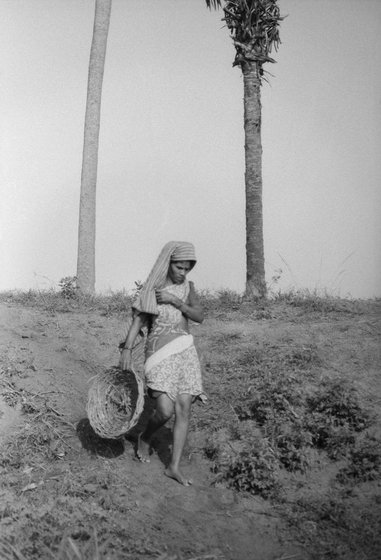 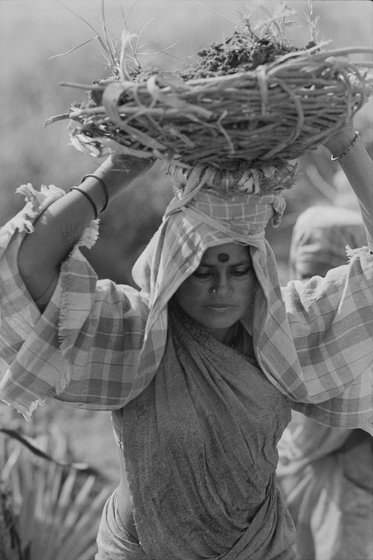 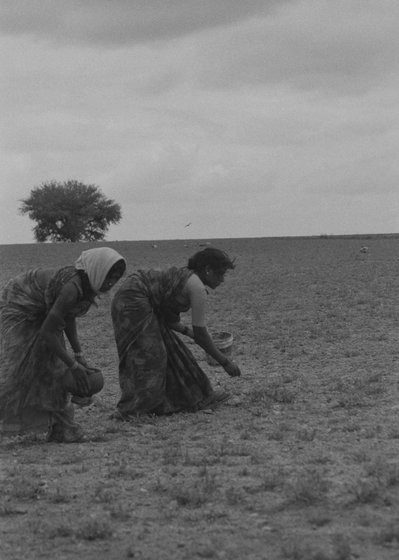 Even in that work considered ‘economic activity’ by officialdom, ill-paid agricultural labour is the single largest avenue open to women. And now the number of workdays that landless labourers find is falling. Economic policies drive that process. Growing mechanisation spurs it further. Switching to cash crops intensifies it. New contract systems make it worse. 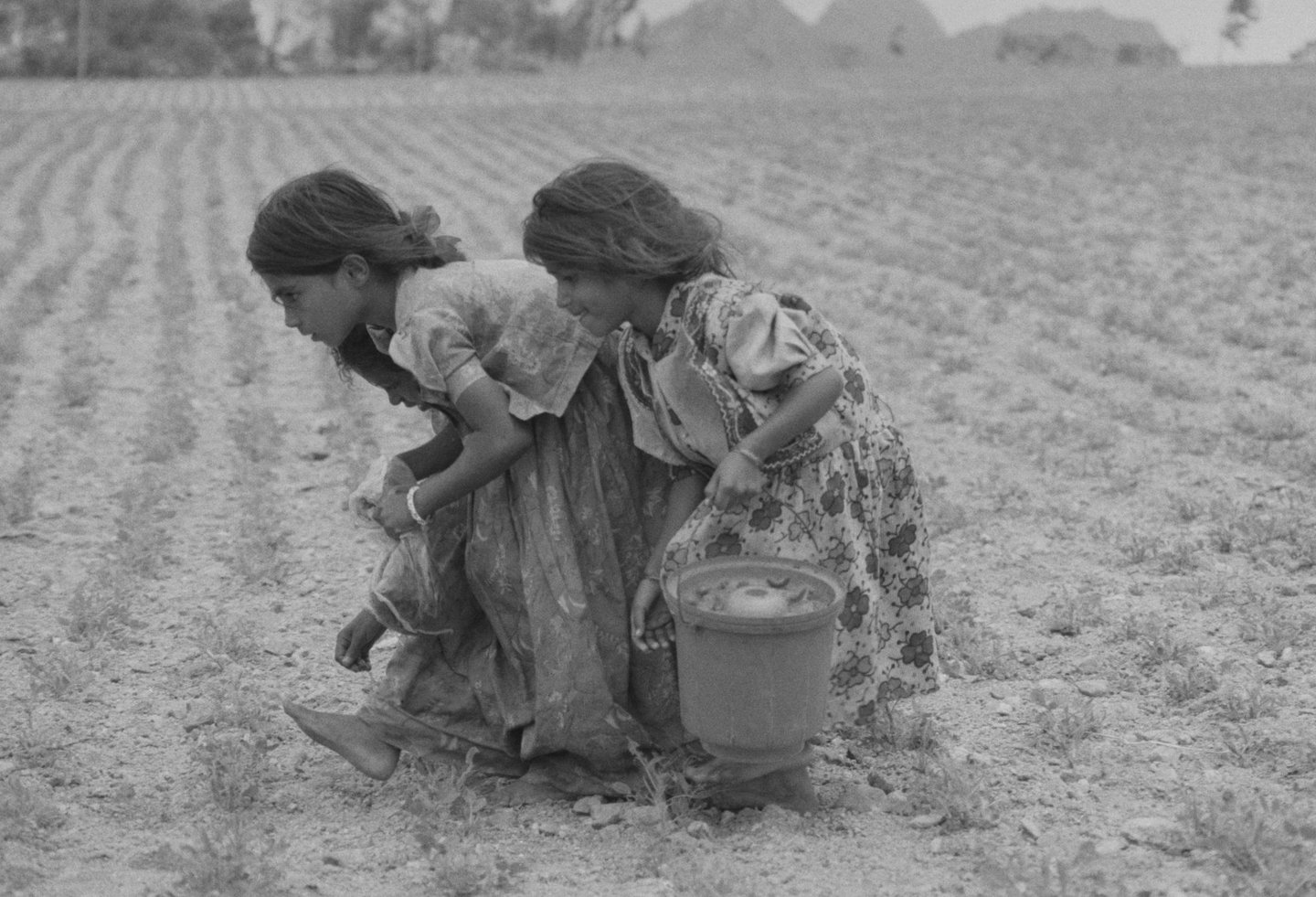 The two young girls in the field in Anantapur, Andhra Pradesh, are hunting for pests. In this case, Red Hairy Caterpillars. It’s about all the paid work there is in their village. They get Rs. 10 (20 cents) for every kilogram of caterpillars from the landowners. Which means they have to catch over a thousand to make that much. 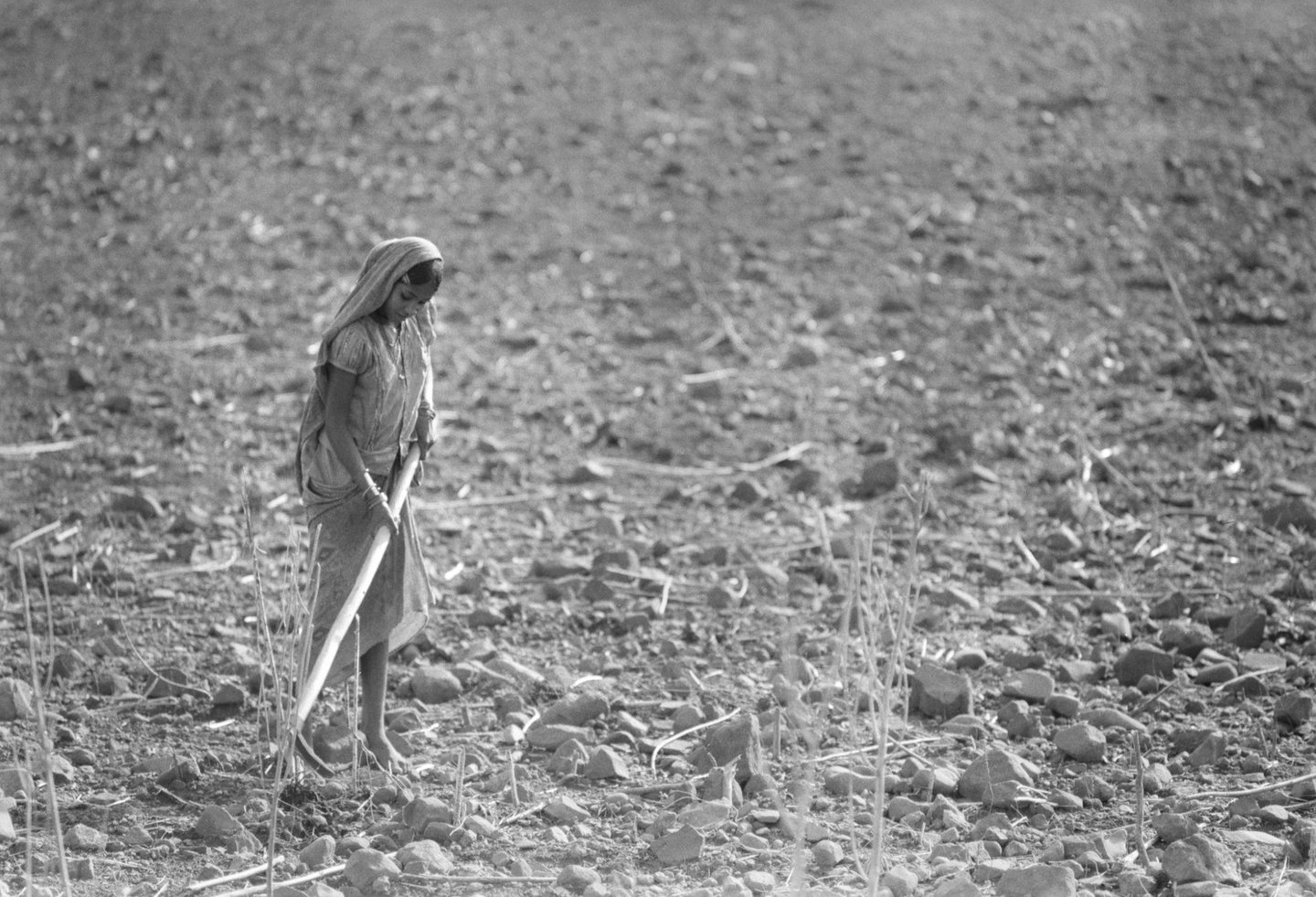 Lack of direct control over resources like land greatly weakens the position of the poor in general and all women. Ownership and social status are closely linked. Very few women own or control land. And even their participation in panchayati raj (governance or rule by elected village council) will work best when land rights are ensured.

It is no accident that dalits (those treated as ‘untouchable’ under the caste system) make up such large numbers of the landless. Around 67 per cent of female agricultural labourers are dalits. These most exploited sections get the worst of three worlds: class, caste and gender.

Land rights would improve the status of poor and lower caste women. Even if they still need to work on the fields of others, it would help them bargain for better wages. And enhance their access to credit. 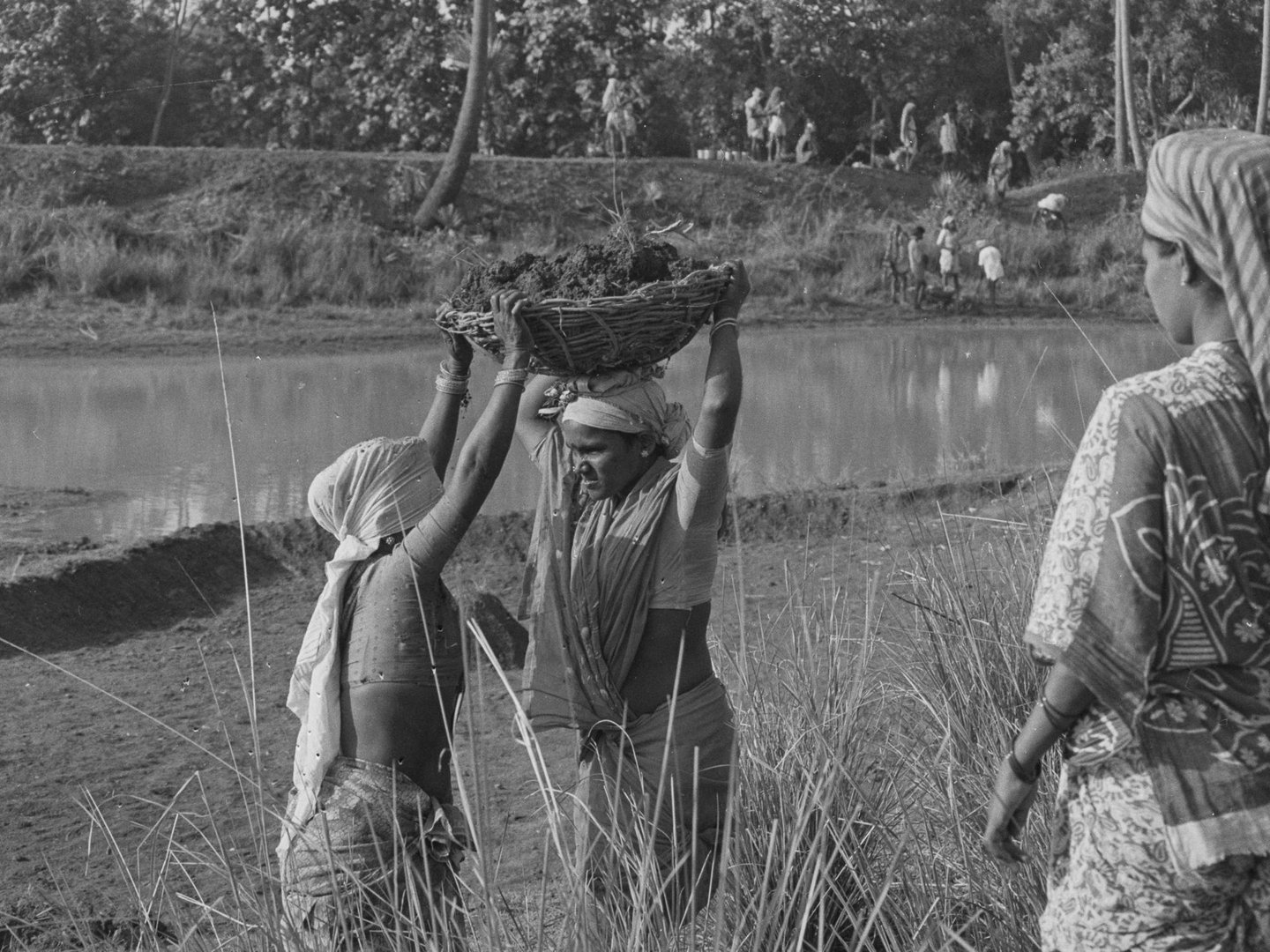 It would reduce their own poverty and that of their families. Men tend to spend more of their income on themselves. Women spend almost all they earn on the household. And that greatly benefits the children.

It’s good for her, it’s good for the children and for the family. In short, to be successful, any serious attack on poverty in India has to ensure the land-related rights of women. States like West Bengal have made a beginning by ensuring joint pattas (title deeds) in 400,000 cases of redistributed land. But there’s still a very long way to go.

Since women are barred from tilling the land, maybe the old slogan “Land to the tiller” needs reworking. Instead, try “Land to those who work on it.”