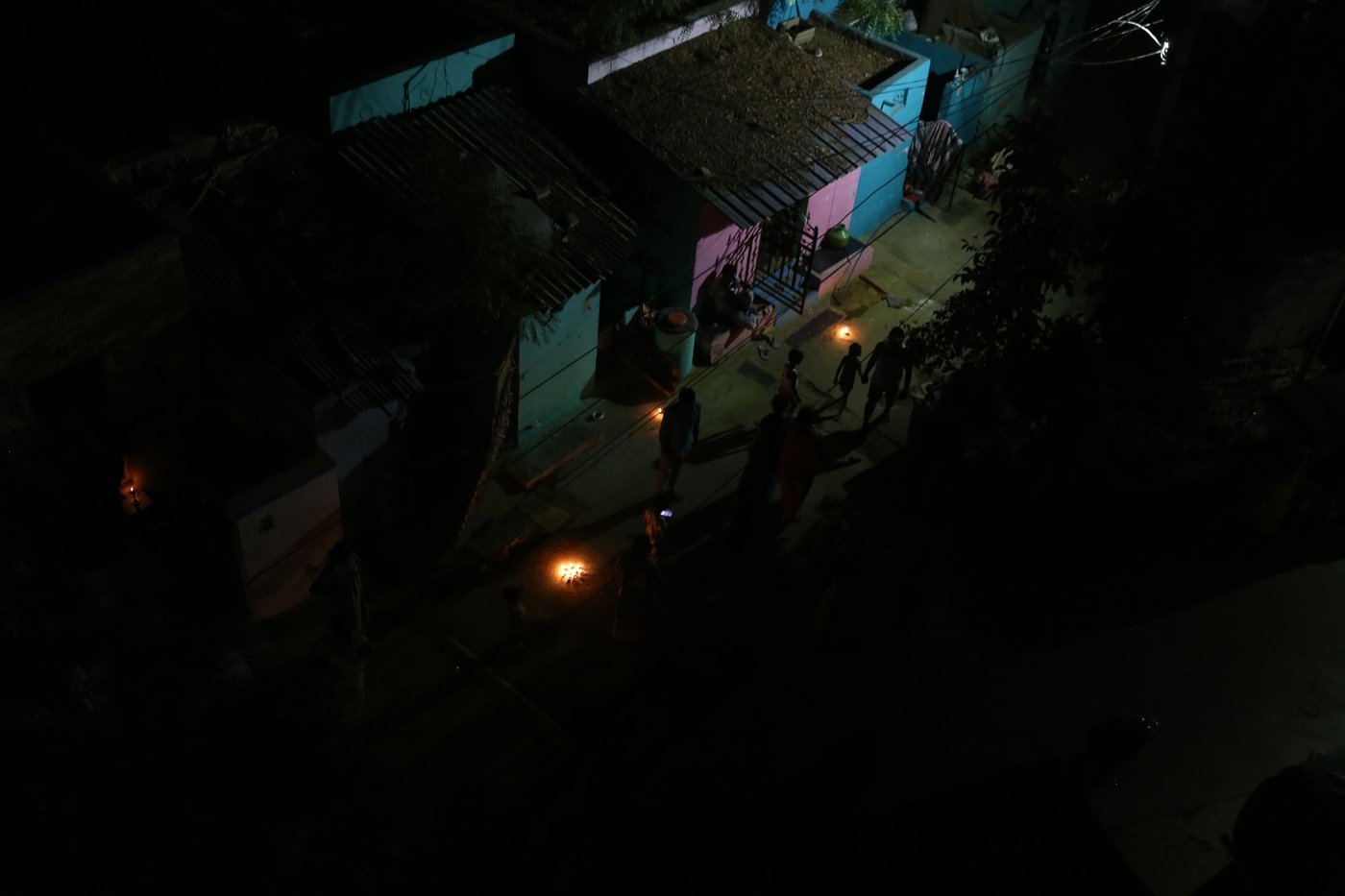 The lady and the lamp – a poem for April 5

The nine-minute lights-off, lamps-on event of April 5 impacted different people in diverse ways. This was how one poet in Ahmedabad responded to it…

Mother places a tiny lamp next to the tulsi in the balcony.  She has been doing it every evening from the time I can remember. Now past 70, feet and hands unsteady with Parkinson’s, mind hallucinated, she thinks her lamp looks dark. Other balconies in the apartment seem all lit up for Diwali. Is it Diwali today? She wonders. Her memory is no longer to be trusted. But now it is all dark again, darker than before. She hears chants that seem familiar; some sound like the Gayatri Mantra . Or was that the Hanuman Chalisa ? Did someone just say ‘Pakistan Murdabad’?

She looks at the starless sky and shudders. Suddenly, she hears voices in her head, and they are driving her insane. Voices warning her about Muslim bakers selling contaminated bread. Voices asking her to boycott Muslim vegetable vendors spitting to spread disease.  Voices asking her to light lamps of unity. Voices of hungry stomachs growling on the roads to nowhere. Faint voices of scriptures of love and kindness. Voices of dark winds blowing away her lamp. She feels dizzy, wants to go back to her bed, but it is too dark to walk back. She struggles to light her lamp with her unsteady fingers, one more time... 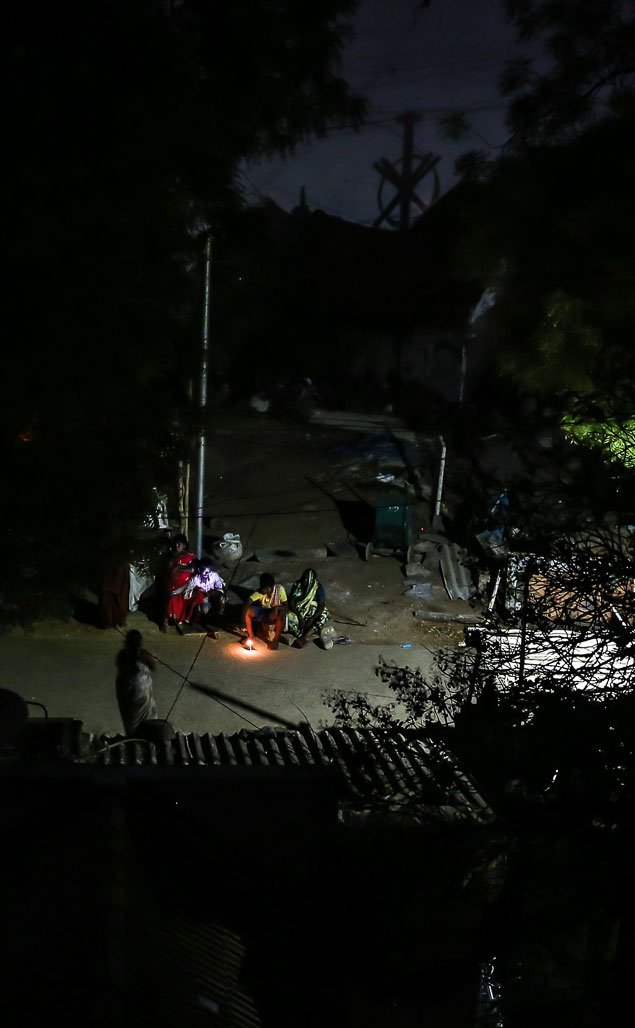 I only lit a tiny little lamp
and it got pitch-dark!
How come?
How quietly it was hiding
till now
in that little corner of the house
and now this tandava dance
in front of my eyes and
all around!
I had confined it
to the basement
all the way down
with threats and warnings.
Had placed weights
of cast iron shame
on its head
to stop it from conspiring.
had gagged its mouth
Had even remembered
to latch the door
on its face.
How did it break loose?
What about the barriers?
How does this darkness roam
shameless and naked?
Infiltrating tiny, hazy
love flames
it turns all light
dark, black,
poisonous red,
vicious, and bloody.
Light that once was
warm, yellow, and bright.
Who moved the weights
from its head?
Who opened the latch?
Who pulled the gag out
to unleash its tongue?
Who would have known
lighting a lamp
would be unleashing
the dark?