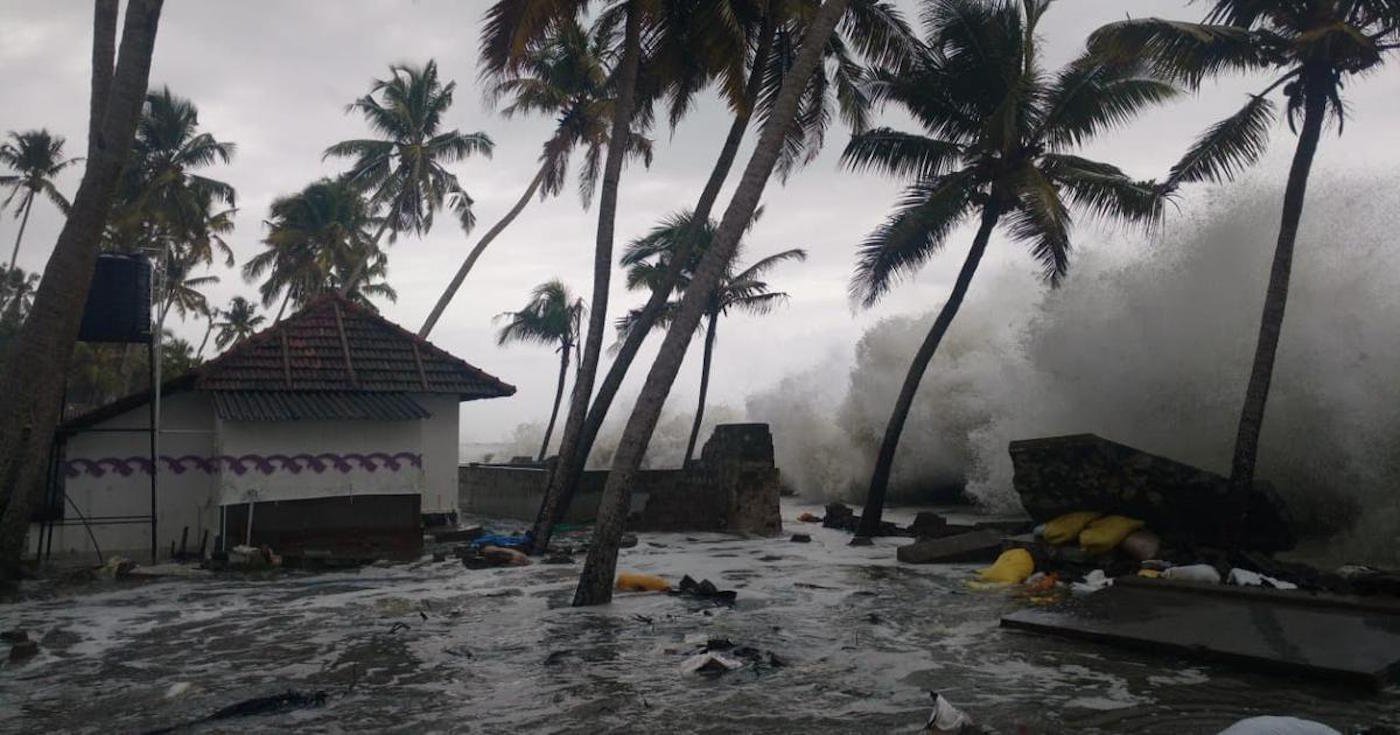 Song for Kerala: Rhythm of the calamity

A popular song in Malayalam, once sung by Usha Uthup to celebrate the riches of Kerala, has now been reworked to honour the lives lost and to mark the destruction caused by the massive floods last month

Listen to the song for Kerala. Originally uploaded at: https://www.youtube.com/watch?v=mdpQTBQ61b4

This song, titled Pralaya Thaalam or Rhythm of the calamity, was recorded by veteran singer Usha Uthup as a dedication to the victims of the floods that devastated Kerala last month, and the massive destruction. The southern state received unprecedented rainfall in July-August this year, resulting in floods that killed hundreds and displaced hundreds of thousands.

The original song, released in 2012, is titled Ente Keralam or My Kerala . Uthup sang in happier times, with memorable lyrics like ‘e nte Keralam, ethra sundaram ’ – ‘ how beautiful my Kerala is ’. After the recent flood, a distraught Uthup “requested the songwriter, Chittoor Gopi, to rework its lyrics for the state’s people,” her daughter Anjali Kurien told PARI. In this version, the reworked lyrics are ‘ ente Keralam, ethra sangadam’ – ‘ how sad my Kerala is’ .

The song is accompanied by footage of submerged homes, landslides, fallen trees and ferocious water bodies, which speak of the extent of damage in the state. The video, made by editors at Studio Vibrations, Kolkata, was uploaded on Onam day, August 24, on Uthup’s YouTube channel.

It will take years and huge resources for Kerala to recover from this calamity. You can help to rebuild the state by contributing to the Chief Minister’s Distress Relief Fund here .