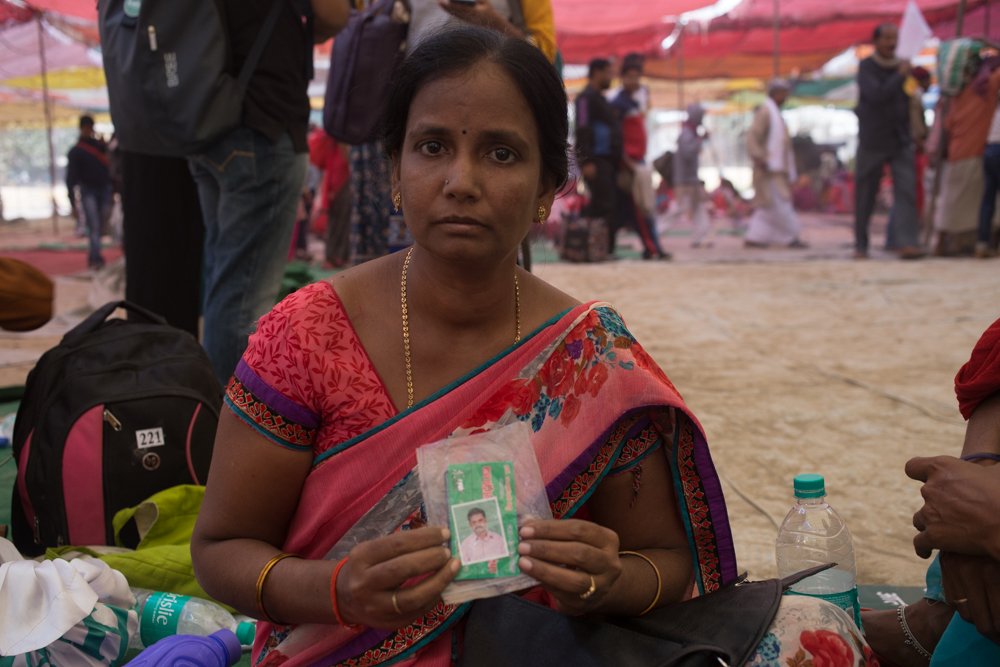 C. Alivelamma, a tenant farmer, hopes no more farmers are driven to suicide like her husband was

“This photo is my guard, it’s my strength,” says C. Alivelamma, a 35-year-old farmer from Kurugunta village of Anantapur Mandal. Alivelamma carries her husband’s photo in a small cover alongside her ATM card.

Alivelamma’s husband, C Venkataramudu, a tenant farmer, committed suicide in 2013 by consuming chemical pellets that are used to preserve groundnuts. “He told me that there are a lot of debts and that the crops aren’t returning profit. He used to tell me that ‘the moneylenders are asking. I feel very tight in my heart. I don’t know what to do. I don’t even know if I can get some money for [sowing] groundnut'. Alivelamma often asked her husband to stop sowing groundnut, but he insisted on sowing groundnut and used to say that “we should search [for the money we lost] where we lost it.” 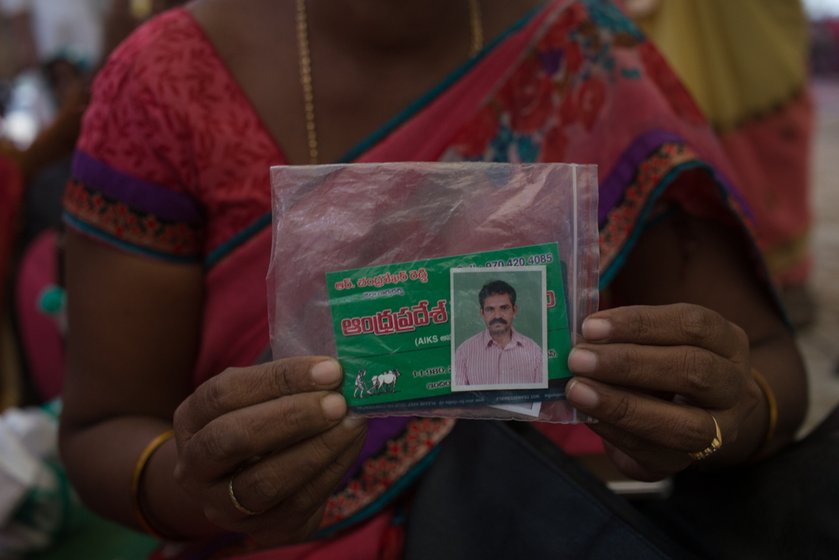 “He keeps spending and he keeps losing,” Alivelamma slips into the present tense as she speaks about her deceased husband, perhaps unable to let go of him. She recently stopped carrying a small book which belonged to her husband. He used it to record the amounts he owed to various moneylenders.

Alivelamma now works as a tenant farmer on an eight-acre farm leased by a non-governmental organisation in Anantapur. She takes care of her son, who is studying at an ITI (Industrial Training Institute). Her farm is part of cultivators’ collective, where all the 10 farmers are widows or women whose husbands have deserted them.

I met Alivelamma at Ramlila Maidan in Delhi on November 29, 2018. She says, “We came here for justice, so that farmers don’t commit suicide.”