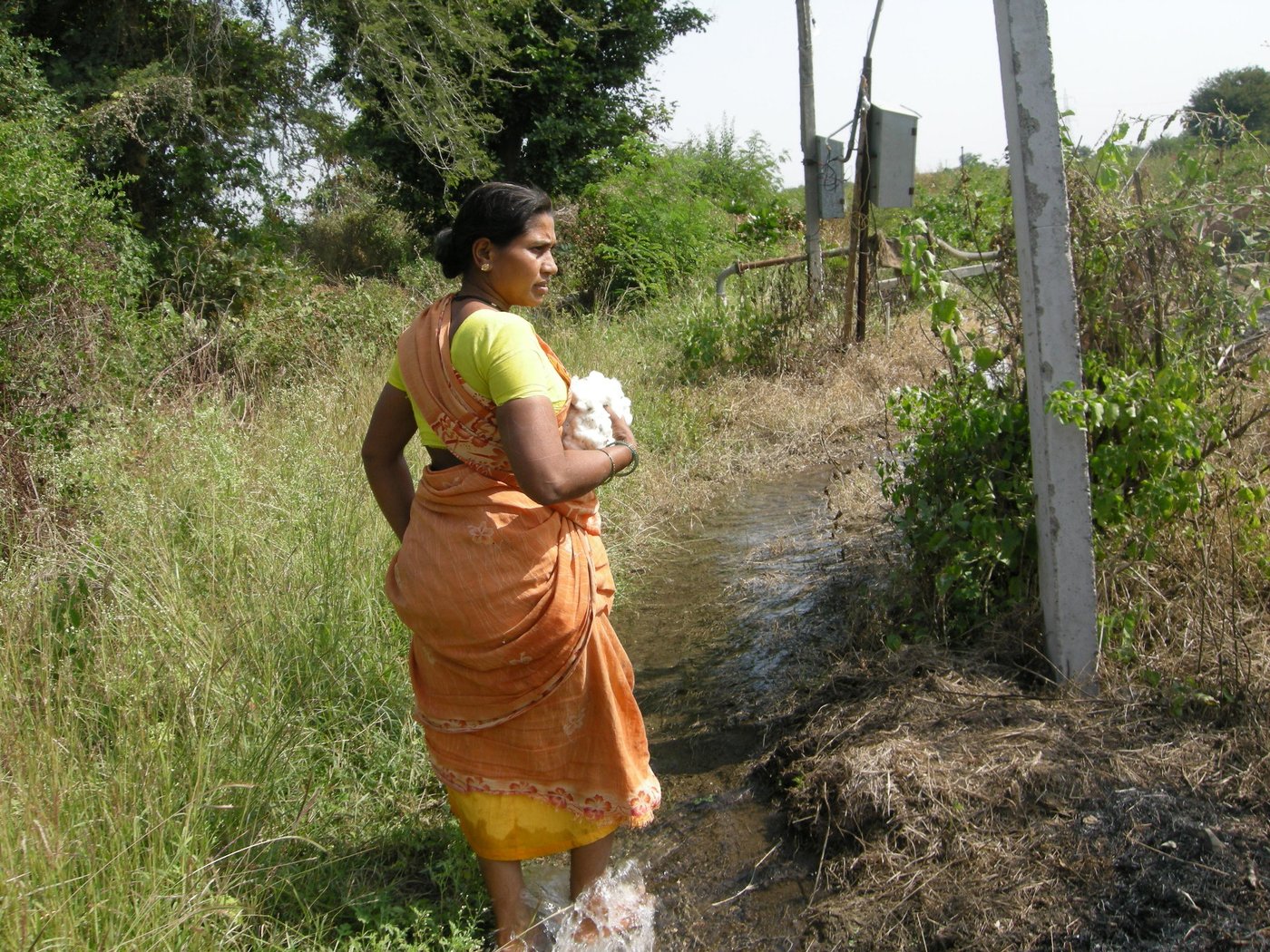 Alone, in her own shadow

Ujjwala is the struggling yet resolute face of the farm widows 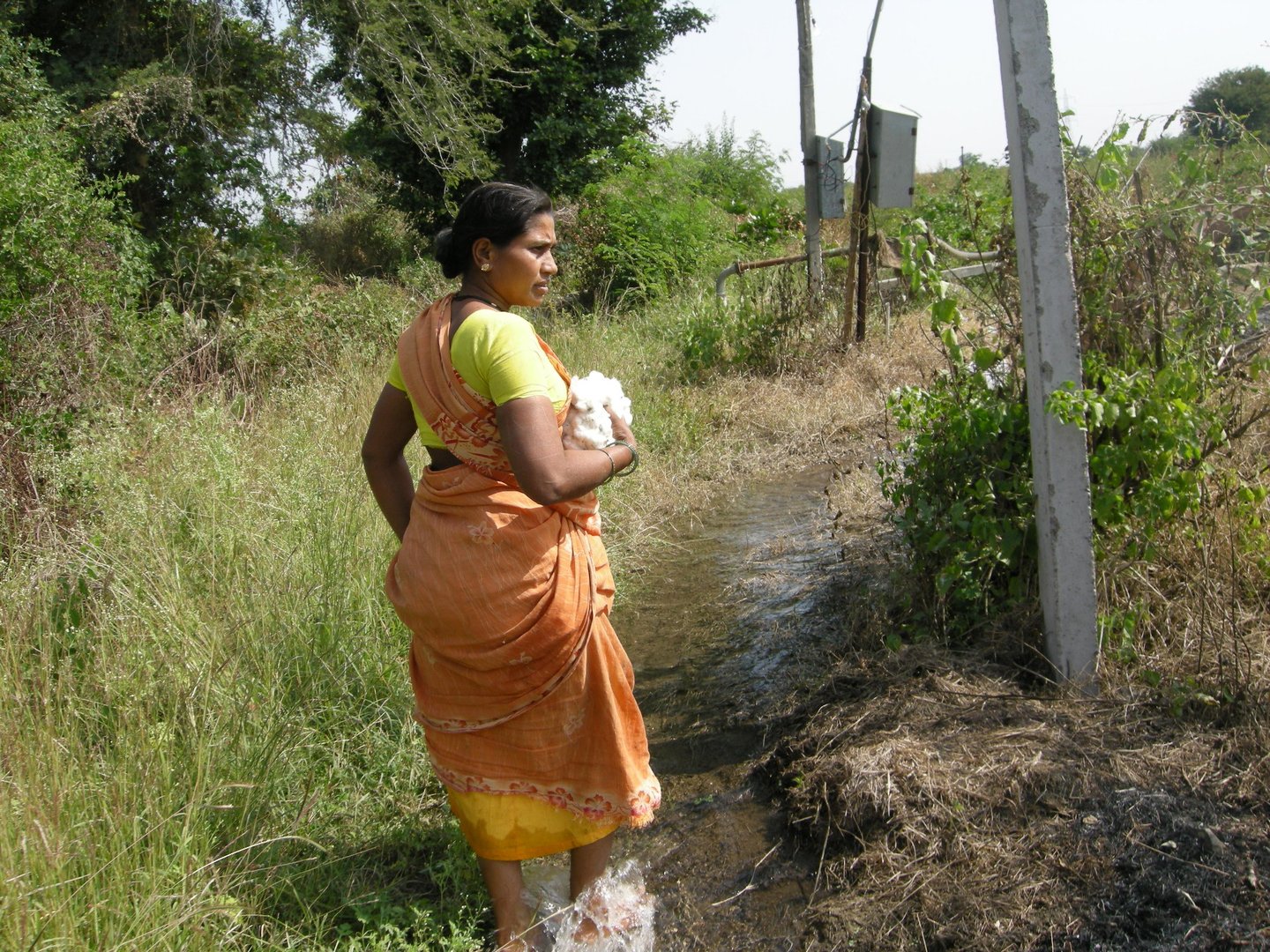 Looking back, Ujjwala Pethkar wonders how she survived the hard times!

More than a decade after her farmer-husband, Prabhakar, took his own life to join a burgeoning list of farmers committing suicide in Vidarbha region of Maharashtra, the 40-something farm widow is rebuilding the blocks of her life – and family.

Something kept her going. “Maybe,” she adds after a pause, “it’s my children.”

Ujjwala had no time to mourn, no luxury to rest and no support to fall back on. She was in her early thirties Prabhakar consumed an insecticide to end himself. Responsibilities fell upon her: from tending to her farm to repaying debts to raising the two kids.

Brooding over the past decade Ujjwala fights her tears while cutting her gram crop. This is her field – a five-acre plot in Kurzadi, a village of 2000 people about 20 km from Wardha city. Blistering sun has just announced the onset of spring that does not deter her from working the field. “If I do not work, my children would not have a future – I can toil any longer for them.”

Alone in her own shadow, Ujjwala is the struggling yet resolute face of the struggling farm widows. She’s the portrait of an enduring farm-woman, an image of hundreds of farm widows, shouldering the family burden and confronting a farm crisis that refuses to die down. Between 1995 and 2013 India has seen, according to the National Crime Records Bureau, close to 300,000 peasant-farmers’ suicides. Ujjwala’s husband ended himself in 2003, when the cotton crisis in Vidarbha was still unfolding. 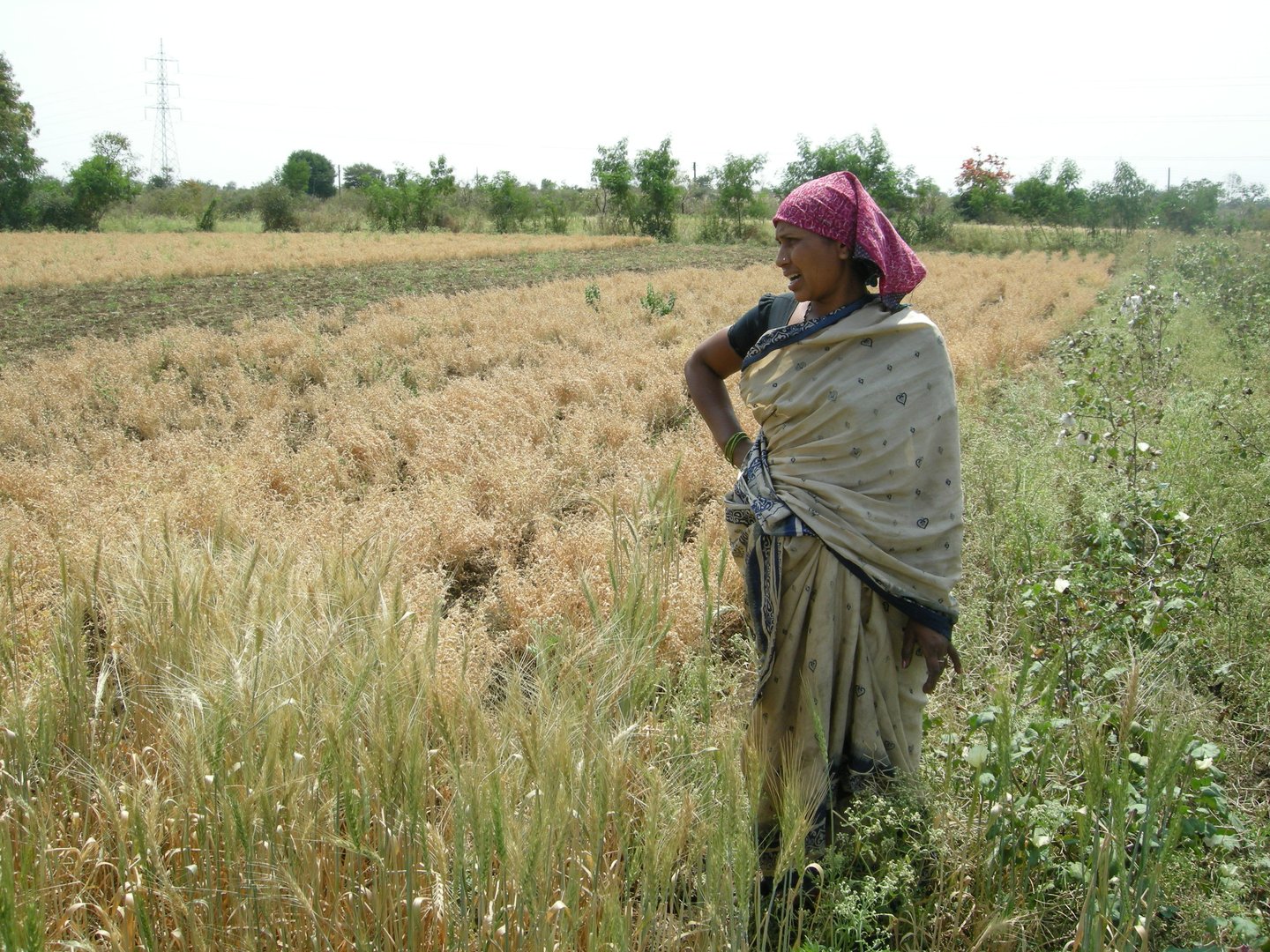 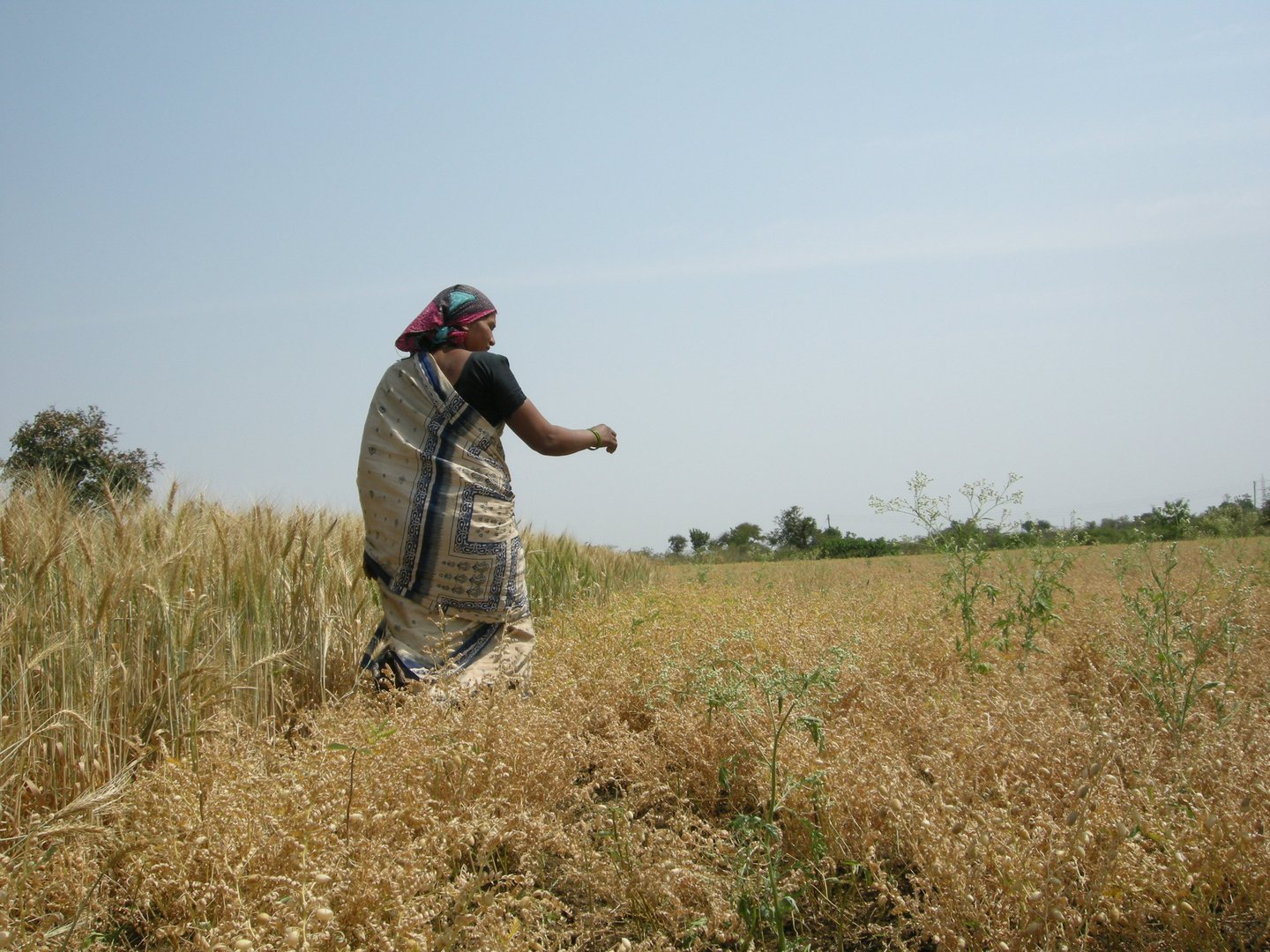 “Agriculture is not women friendly,” Ujjwala says. “When I go to a bank, clerks don’t take me seriously; when I go to market, men stare at me as if an outsider has intruded their bastion,” she says. “Farm labourers, even women, don’t come to my farm easily.”

Capture her, in the process of feminization of agriculture: Ujjwala works all day, all seasons, in her fields, to grow cotton, soybeans, maize, gram and wheat. She will be placing, despite the daunting challenges, food on your platter this summer; when her wheat crop is ready she’ll harvest it, collect it and bring it to the markets.

“If my husband were alive, I’d still have worked my farm, but may not have known the economics of it,” says a five-feet-something Ujjwala, a handkerchief wrapped on her forehead, as she walks observing the standing wheat crop, about to reach harvest stage.

Her evolution from a mere housewife to a farmer and family head, Ujjwala recounts, was not easy. “I saw the real face of people after my husband’s death,” she says. “No one, even close relatives, supports you – I learnt, I am all on my own in this world.” 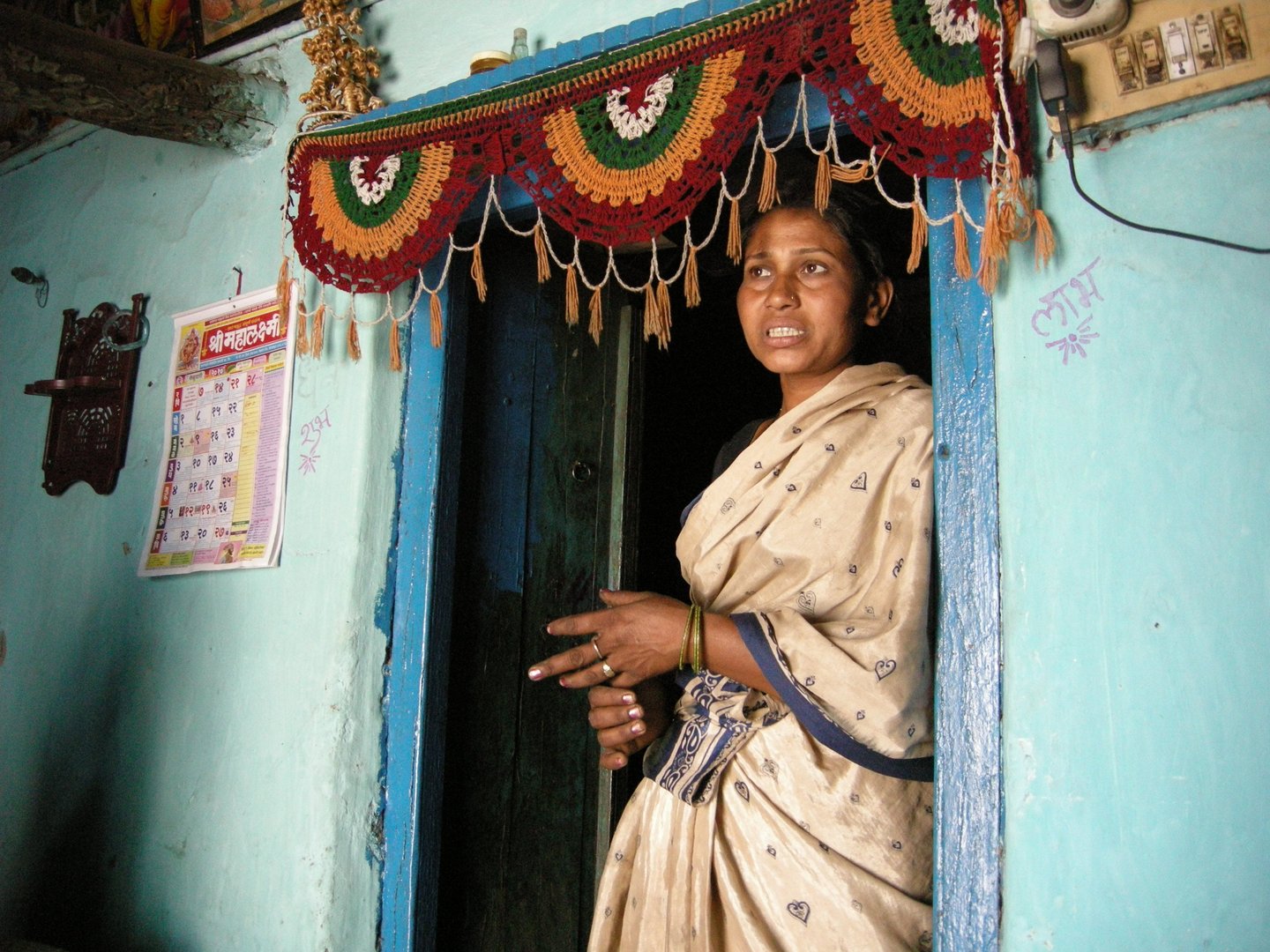 Offers of help, she says bitterly, “is a veil that hides many an ugly intention of people.” She is wary of people who offer help. “I never seek it from any one; I face my problems, work my fields and tend to my children the best I can; that’s it!” Ujjwala is proud of her daughter Vrushali, about ten years old when her father died, and now a confident young working woman. Vrushali shifted to Nagpur to train as a nurse after her matriculation. She works with a private hospital and on her own now. Son Prasheel, 17, has dropped out and now works a labourer, apart from helping her mother sometime.

Ujjwala, married off at the age of 19 by her farmer parents, learnt the ABC of agriculture on her own, starting from scratch: crop selection, buying inputs, banking transactions and actual farming and marketing. “I knew nothing.” Today, she farms smartly, rotates the crops; tries new things and tides over the finances. “Farming is difficult,” she says.

Among the many things she tried on the fields, she realized diversified agriculture is the best strategy to reduce losses and increase income. “I planted sugarcane on the farm just to see if we can cultivate it; the yield was bad, so I did not go ahead,” she says. 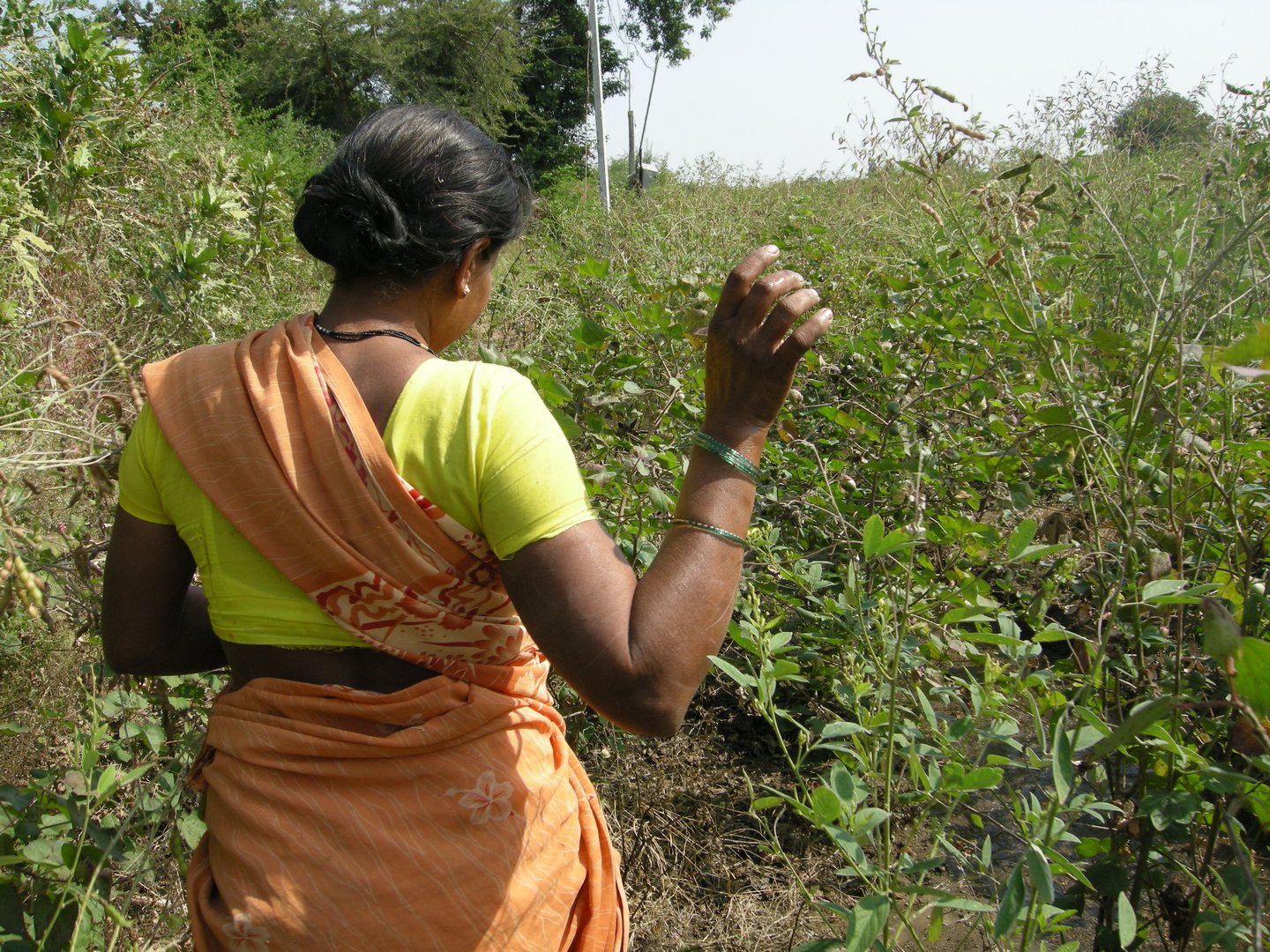 Ujjwala says her in-laws distanced themselves from her the day Prabhakar died. Land, she says, is her only asset. “We lost four and a half acres to lenders while my husband was alive,” she says. “I have been unable to earn back that land – it’s beyond me.”

It is noon, and Ujjwala must stack the gram hay. Crops this year, she says, haven’t been good because of drought. “I am back in debt and loss,” she smiles wryly.

Death is not the way out of crisis, she says a tad philosophical. “We get this birth only once; sorrows are a part of life; my husband killed himself without thinking about us.” 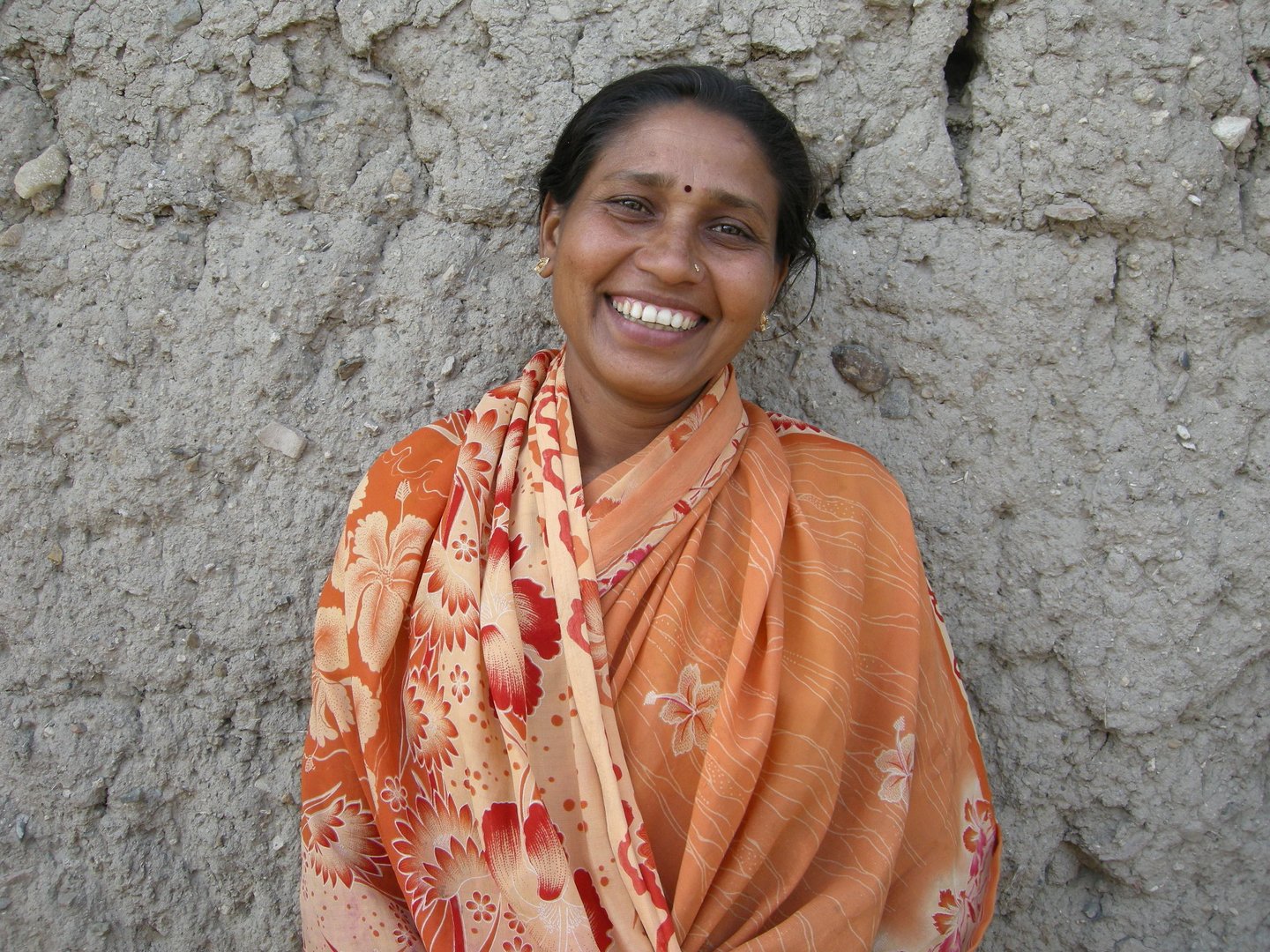